No beating around the bush

Ill at ease talking about his life, it took me months, or rather, years, to convince him. In fact, I gave up and one Friday I caught him off his guard and he agreed. Finally, I arranged to meet him at La Monacilla de Aljaraque golf club (Huelva). 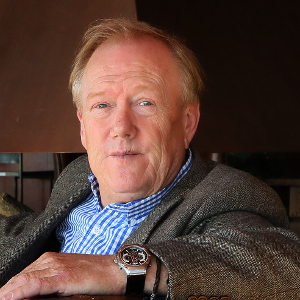 Ill at ease talking about his life, it took me months, or rather, years, to convince him. In fact, I gave up and one Friday I caught him off his guard and he agreed. Finally, I arranged to meet him at La Monacilla de Aljaraque golf club (Huelva). I didn’t come ready to play, but we went down to the green, anyway.

He knows he isn’t everyone’s cup of tea, but he is a man who has strong convictions, fighting against cynicism and hypocrisy that he says, at times he detects around him. He believes that if the “conglomerate” (Onubafruit) he manages is successful, it is due to his personal interest in sociology.

He is a very well-travelled man, not only for professional reasons, but also because he has family in Chicago, where his daughter and his grandchildren live, and Shenzhen, in China, where his son works. And all of this without taking into account that his wife, a civil servant, lives in Madrid.

A seasoned supporter of the Real Madrid Football Club, his member’s card is below number 1,600. He is already suffering because the last match before Christmas in the Bernabeu Stadium almost coincides with his flight to his daughter’s house and he is not sure how he will work it all out.

You seem to be chronically disobedient, and I say this because of some stories too long to tell. And you are also a very impulsive person.

I know that I am not an easy person. I have a reputation of being tougher than I really am, but I always meet obstacles head on. I admit that being impulsive is one of my faults.

And one of your virtues could be youreasily perceived interest and commitment to the social part of your business?

I am interested in observation and sociology. I am fully aware that the organisation I represent is nothing without its associates; they are its heart and soul, and I am totally committed to them and to defending their interests.

You dare to say things that other people don’t, although they might think them. For example, that the idea of eating local produce is stupid.

Of course, firstly, we don’t have the moral authority to say this because we are innate exporters and secondly, we are living in a globalised world, where everything is constantly being moved around. We must be coherent with what we do.

Have you changed your life much since your heart attack?

Yes, life takes on a different aspect and, of course, with regard to my health, I look after myself, eating healthily. In the end, both the good and the bad bring you wisdom, including the years, which also take their toll.

As leading raspberry producers, did you know that a Harvard study involves the flavonoids from raspberries in the prevention of heart disease?

At that time I wasn’t working in the world of berries, but I am a person who eats healthily and I love the traditional cooking of Huelva, particularly its fish. I eat virtually no meat because it all seems to taste the same to me.

Do you have any Celtic or Nordic roots?This question is obviously due to your appearance.

Well no. My family comes from a little village in Salamanca (Villar de Gallinazo)that today has less than 100 inhabitants. My brothers are redheads and I am blond, but the saga ends here because neither my children nor my nephews have this hair colour.

I am the son of a Castilian farmer, but my father died when I was 16 and we moved to Madrid.

How did you come to this profession?

When I was young, you usually worked in what you had studied, and I, who didn’t have a specific vocation but was quite good at science, decided to become an agronomical engineer, amongst other things because my brother and I studied surveying in this field.

Well, I thought you had more of an economic or management bent. Explain to me something that I find difficult to understand. You work in Huelva and live in Madrid. And you travel for your work. When are you in the office?

I spend less time than I would like in the office because I travel a great deal, particularly around Europe, but I no longer work as I used to, holding meetings in the hotels near the airports and then returning, if I could, on the same day. This was very stressful. Now I take it all more gently, and if I have to stay one or two days, so be it.

It is also true that I go to Madrid every Friday. Let’s say that I consider that our true home is there, where my wife works. I have worked in Navalmoral de La Mata, in Mérida, inSevilleand now in Huelva, but when my children went to university, we set up home there.

And with such a busy life, do you have time to play golf or any other sport?

The truth is that here in Huelva it is quite difficult, but in Madrid I play at the weekends. And I am lucky because I don’t live too far from a golf course. I don’t do any other sport; I just go on long hikes thanks to my wife’s persistence.

I’ve been told that you are a daytime bird.

(Laughter). And you’ve been told the truth. I find the night time an uphill struggle. Obviously I am a day person, but I am not going to tell you the unholy hour I usually go to bed.

And what do you do so early in the world?

Well, I listen to the news on different radio stations to form an opinion about current affairs.