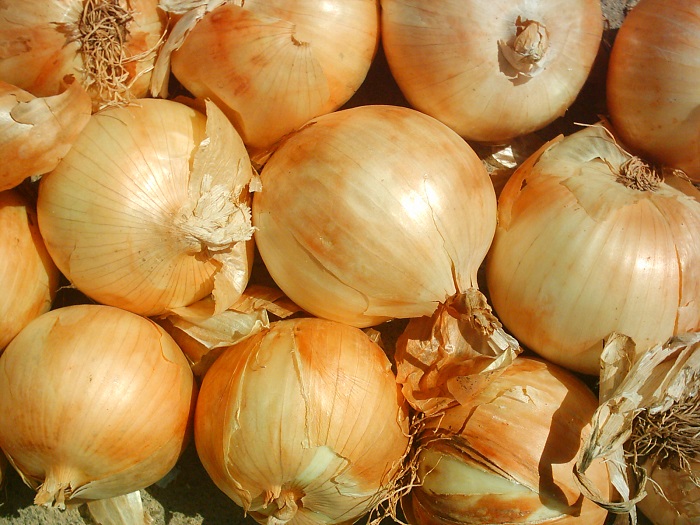 The new normality is expected to reach European markets for Spanish onions and the home market should be shored up by the slow return of foreign tourism.

Tranquillity has overtaken the commercial areas of the onion market. “We are living in a completely calm period, where the offer does not correspond to the demand. The situation is the same as a medical flat liner,” explains Alfonso Tarazona, chairman of ACEC (Association of Onion Harvesters-Exporters).

This reality is laid out in a post-pandemic setting where uncertainty still reigns over purchase decisions. “We have ended the month of June and Spanish exports (the large-sized produce) to supply industry, restaurants, the Horeca channel and for ready-prepared foods are still very slow”, the businessman explains.

This situation has occurred two years running: last year due to the lockdowns in different European countries, and this year due to the current context in which Europe has not managed to break free from its pandemic fatigue, to which is added economic insecurity, a result of COVID-19.

The final straw for this European trade that is finding it difficult to get back to normal happened in week 24, when the British Prime Minister, Boris Johnson, announced that the United Kingdom would not return to normality until well into July. This announcement, plus Brexit, completes a situation of very little foreign demand. The weight of the British market has historically been very important for Spanish onions. In 2019, the export figure to the United Kingdom was over 105,000 tonnes of produce, with a clearly reduced amount in 2020, when the volume reached 85,645 tonnes.

Another of the negative points is the old onion stock that Holland still holds, and that it obviously needs to sell, pressurising the markets in a downward trend.

“We know that the solution involves opening up new markets in South and Central America, Africa, etc., but the bureaucratic and health complications are so overwhelming for a product with such a small profit margin that often it is not worth it,” Tarazona insists.

The Spanish home market is maintaining a normalised demand that is a long way from the mass purchasing that took place last year, when sales in large retailers marked historic records. However, this unease is also due to the volumes that are being concentrated in the cold rooms during this campaign. “Some of them, such as the Spring varieties that are being harvested now, are not varieties that can be stored, but we are more concerned about what could happen with the Grano varieties.”

Accordingly, “although a priori we know that there are fewer hectares sown (between 5% and 7% less), we need mouths and these mouths are brought to us by the over 80 million people received as tourists by Spain every year. At present, half a year has gone by and the situation has not recovered, with neither air lines or cruises and, obviously, the travel plans of Europeans are not what they were in 2019,” the executive comments.

Why do we import if we are such significant producers?

Tarazona insists on the fact that there is a lack of professionalisation in the sector to help avoid situations that give sensational headlines for the press, talking about the ruinous return for farmers, when at the same time, the marketing companies are importing onions from the Southern Hemisphere. “These headlines are becoming a classic at this time of year, but they are due to a lack of professionalisation, because the farmers are still planting varieties focused on yield per hectare and they are not taking the demands made by trade into account.”

Today, it is not feasible to process the new varieties from April due to their excessive freshness. “Farmers must be aware that such a fresh product does not stand up to the technological processes of preparing and packaging. We must serve what the market asks for, and although we would prefer to have early Spanish onions, we cannot do this because the product qualities do not stand up to the technological processes that take place in the preparation centres. Previously, everything was done by hand and the produce stood up to the process much better.”

This is a problem that is being suffered firsthand in the early production regions, such as Valencia. The onions from April are very good for eating but they cannot reach the supermarket shelves because they fill up with mosquitoes.

“We must plan what we want to be planted and we must ensure that the quality of our onions in spring lasts. Confidence must be created in our own productions,” Tarazona remarks.

In this context, in March, April and the beginning of May, Spanish supermarket shelves were full of onions from New Zealand, Tasmania and India, produce which they say contributes to dropping the price of the Spanish product, but the truth is that it is more expensive and the end consumers can see this. “It is much more risky and difficult to for retailers to carry out programmes with producers on the other side of the world to Spain than with a national producer with whom we can have a closer relationship.”

Another of the challenges that the sector must face is the problem of internal damage occurring to European produce, which for the past few years has become a ‘nightmare’. Grano onions have internal damage to some of their layers when they have been in cold storage for several months.

“There is no way to detect it until a complaint arrives, and today we are living in a world of data; therefore, we are informed about it. The packagers want to correct this situation, but at present, the only way to solve it is by importing onions, which do not have this problem. And once again, imports from the Southern Hemisphere come into play, as during these critical months, where Grano onions have internal damage and Spring variety onions cannot be prepared, although they are incredible for eating, we need supplies from the South.”

Technology as a solution

The sector, concerned about the situation, is working on the problem from the technological point of view and some Dutch companies are developing internal viewing machines, which are already used for other produce, but it is complicated due to the actual characteristics of the product, which has many layers and which give an error margin of 6-8% in the best cases. “In any event, it is an unsolved problem, with an important financial investment for a product with such small profit margins as the onion.”

The chairman of ACEC comments that, although a great deal of research is being carried out by the different seed companies on aspects such as the outer improvement of produce, hardness, colour, spiciness, “they haven’t found the solution to internal damage yet.”

Sweet onions, on the right track

Unlike the decline of early fresh onions, such as the Spring variety which continues losing hectares every year, the boom in sweet onions has become a reality and today it is being cultivated not only in Aragon, the home of its Designation of Origin, but in Castilla-La Mancha, Andalusia and Valencia. And obviously, it is mainly imported from Peru for eight months of the year.

Sweet onions continue gaining ground on the supermarket shelves, although there is a difference in price, which not everyone is ready to pay. “I think that consumer habits persist and there are people who buy both, Grano onions for cooking and sweet onions for salads.”

In general, the sector is committed to the same challenges as society: moving forward in sustainability from all angles: decrease in food waste, elimination of the use of plastics, efficient use of water and an increase in Spanish productions programming the sales and encouraging contracts between farmers and traders.

PrevSweet onions are gaining ground
Andrés Góngora, Spanish National Manager for F&V at COAGNext
YOU COULD ALSO BE INTERESTED IN