Pip fruit, in the line of fire 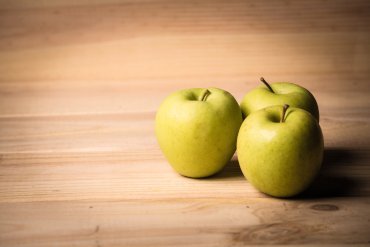 The tight profit margin left to producers and the mass entrance of apples from other sources are causing the sector important reasons for concern.

Before the European 2019-2020 apple and pear forecasts become official at the beginning of August, different sources consulted by this magazine have shown their concern about the narrow margin left to producers and the lack of reciprocity when it comes to third countries entering the European market.

A case that is particularly disturbing, and that is not new (it started with the Russian veto in 2014), is the production figure that Poland will put on the markets. This is the case, although, even before the figures from Prognosfruit are official, we already know that the volume will be lower than last year. However,after the initial setback regarding its main buyer, Russia, the Polish giant has had time to learn, to renew its varieties, to position itself by price and to update all its technical skills. And it is still at it.

Producers have no profit marginleft

The data we have had access to indicate that, in the years to come, up toone third of pip fruit producers could disappear.This would have a particularly significant effect on farmers who produce an average of between 35 and 45 tonnes per hectare.

Just taking into account the labour expenses in other countries in Europe and outside its borders which introduce fruit to the EU, the differences are abysmal: in Poland agricultural wages are 2.5€ per hour; Turkey, which is already affecting us with its lemon and tomato exports and is on the way to reaching an important production level in apples,pays its workers 1 euro per hour. South Africa pays the same to its workforce (one euro per hour), and this sector is already in the sights of the entire Spanish citrus growing sector, and they have now added pip fruit to their production. South African exports to Europe become especially significant from May to August, reaching a figure of 90,000 tonnes in apples and almost the same amount in pears. And our neighbours along the Mediterranean coast,such as Tunisia orAlgeria take the prize with labour expenses that do not even reach one euro; specifically, the study talks about 0.75 euro per hour. The country of the recently-resignedpresident Bouteflika, reached consumption figures of over 10,000 tonnes of Spanish apples, but owing to political vagaries, it closed its doors to imports in February, 2018. At present, it has not only stopped buying, but it could also become a new competitor on the complicated import-export network of the African continent and consequently, globally.

In Europe, other inputs are added to these labour expenses, such as a more or less generalised regulation of 40 working hours a week and decent labour rights, the requirement of numerous certifications, an endless amount of sanitary controls that are not requested of other sources and an increasingly strict regulation on the subject of plant protection products.

Could the distribution itself help to tackle the problem or to lead this agreement for local produce?

Spanish and European distribution in general are intensifying their battle for prices on a daily basis, albeit not all of it, because there arealready chains that have realised that consumers are changing and are becoming conscious buyers, for whom paying a few cents more is not a big deal, and these consumers prefer local produce, or as local as possible.

This new profile must be taken into consideration because it will mean a new niche for growth. These consumers have been brought upto value commitment and the social environment. And they may be able to save, with a mere few cents, their region’s agricultural industry.

“The producers’ profit margins are becoming increasingly tight and we know this now, at the beginning of the campaign. We must find an effective solution to avoid the indebtedness and disappearance of the producers, as well as a drop in the national GDP,” explain the sources consulted.

France has been an example of this for decades. It is no longer the stone fruit producer that it once was, but when its production comes onto the supermarket shelves, the distribution sells no produce that is not French. England also proudly displays its strawberry production in the summer, emblazoned with the Union Jack flag; Denmark does the same, and so do others. And in Spain we have some good examples of how to enhance local produce (please refer to article on page 5) and to contribute to a more sustainable world.