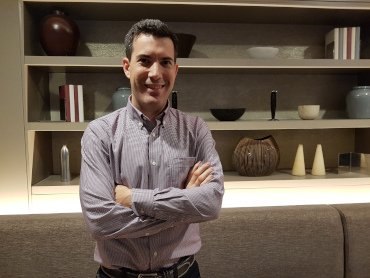 Since the 1st of November, Emilio Fuertes has been the company’s sales manager

Fruit Today talked to him to find out about the small berry variety development firsthand.

The breeding of Adelita was a complete success; how have raspberries evolved since then?

There has been a progressive increase in hectares of Adelita, along with the global hectares of raspberries in the sector, but we believe that Adelita has had an ordered growth. Last year we carried out a regularisation process, granting direct licences to some of the farmers who were already producing Adelita and/or Lupita for other licence-holders. That is to say, to farmers who didn’t have a direct licence or who where sub-licensees. At present, we are working with virtually the same group of producers, but there are a larger number of direct licences because our aim is for the producing companies to become more and more competitive and for them to benefit from our R&D.

Adelita is very popular in Morocco, a country that is rising as a significant rival for Andalusian raspberries. What is your opinion on this point?

Morocco is a country that unavoidably is becoming one of the main development areas for raspberries and other berries, perhaps at a faster rate than in Huelva, but it is worth taking into account that it started off from a low raspberry implantation level a few years ago. There is always going to be competition, but there are Hispano-Moroccan collaboration agreements now, and these will continue to exist in the future. Obviously, the lower labour costs is important, but there are also limiting factors in Morocco in which the Andalusian producers are normally more competitive. In any event, Planasa is a global company that develops projects alongside its raspberry partners in over 10 countries, and the majority of these have the capacity to define their own implementation strategy.

What could the upper limit of hectares be for both raspberries and bilberries in Huelva?

That is the million dollar question! But nobody knows the upper limit to take on a demand with competitive prices. I think that the hectares will become regulated in terms of offer and demand, analysing what happens each season and reacting consequently according to the fruit settlements. Even in the same season, there are still good commercial windows, particularly at the start of the campaign, and therefore there are opportunities for early varieties, with good quality and that concentrate the production, such as the new selections that Planasa is currently presenting.

And what is the situation for bilberries?

There is a basic difference between raspberries and bilberries: the productive hectares of the former can be shaped from year to year, but bilberry plantations can last for over a decade. For this reason, Planasa has launched the new varieties because we fully believe in their success.

Our R&D programme is relatively young, but today we can talk about how we are contributing an important improvement in R&D. We have registered varieties that we are launching onto the market with an exclusive model using a licence, but we don’t offer a single variety; we offer six. The first plant deliveries took place in Autumn 2019.

With respect to our licensees, we could say that they are mainly historical clients and partners with Planasa.

What point has the research reached in blackberries?

At Planasa, we are in the middle of the enhancement and consolidation phase of our blackberry R&D programme. We already have an advanced selection with which we will start our development trials in the near future and we have yet to confirm the business model that we will follow with it.