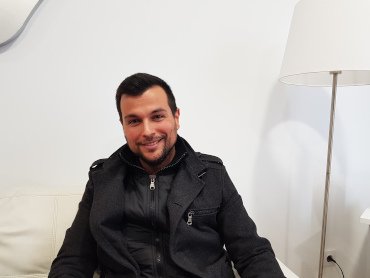 Back in 1999, the world of the strawberry was characterised by there basically being only one variety. In this context, Fresas Nuevos Materiales was born, and two decades later, 37.4% of the land in Huelva is sown with its varieties

The project’s success allows them to continue growing and starting to forge their good reputation abroad, with trials in the United States, Mexico and other Latin American countries. China is also enthusiastic about Spanish knowhow, as the Asian nursery farmers are interested in working with varieties from Fresas Nuevos Materiales (FNM).

Fernando Zaforas, marketing manager at FNM, has given us a rundown of the best adapted varieties. “We are a company from Huelva, and we were born to cover the needs of the producers from Huelva; and this is very important when discovering their needs and demands. I think this is part of our success, as our priority has always been to develop varieties that are adapted to the province as much as possible.”

Over 70% of strawberries from Huelva are sent to the European markets and, for this reason, the shelf life of the fruit has always been an important consideration at FNM, with firmness and organoleptic quality as essential parameters.

There are three successful varieties: Rociera, Rábida and Primoris. Amongst them, they make up 37.4% of the production in Huelva, according to the latest report published by the IFAPA.

Although Primoris is the firmest, Rociera is the mainstay of the success, as it is the most reliable in terms of production throughout the campaign and for providing quality fruit regarding flavour and brix. Rociera alone reaches a market share of 26%, which means approximately 145 million plants.

“Our ultimate goal is to offer clients and shareholders a varied catalogue. All the varieties, always short-day plants, have their own stamp. For example, Primoris’ best value is its unmistakeable perfect cone-shape, as well as being the one that survives transport best, which allows it to reach its destination with a flawless appearance. Rociera gives very good results, as it offers extraordinary reliability, while Rábida provides a bonus in early harvesting compared to the other two.”

As a new development, FNM already has a neutral-day strawberry variety on its books for those producers from Huelva who adapt more to this “extra-early” segment, or farmers from other countries where the use of this type of varieties is more widespread. And in raspberries, the variety R15 is about to be born. It is already on trial in fields belonging to some of the company’s shareholders. “For this campaign, we have handed out a few thousand plants amongst our shareholders to carry out periodic monitoring and at present, the feedback we are receiving is unbeatable. We are very excited about the next arrival, which will be the first FNM raspberry variety,” the executive comments.