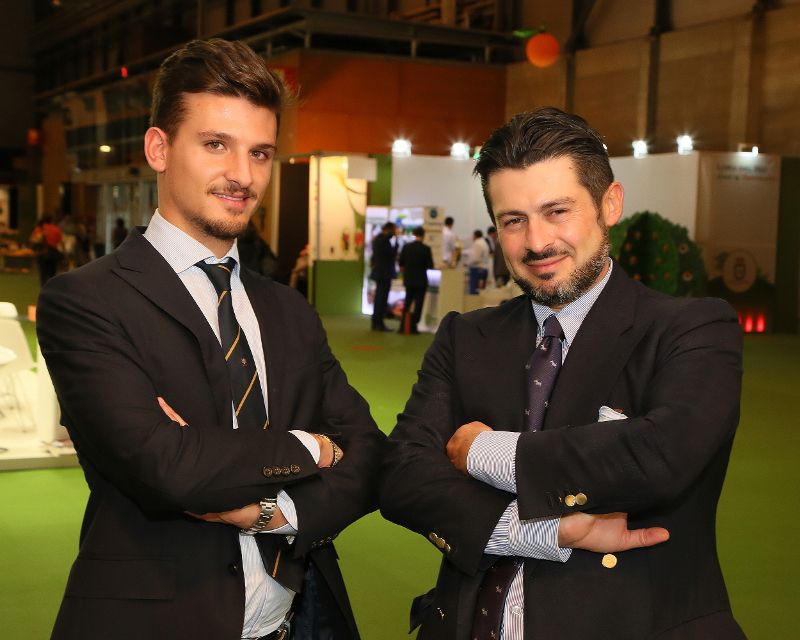 Armonia is one of the top ten Italian mandarin operators. Although the category has constantly declined during this decade, some operators are making important commitments to innovation.

Fruit Today talked to Marco Eleuteri, CEO of the Calabrian company and he explained some aspects of this situation.

How is the current clementine campaign developing?

The campaign started off well in October, but it was tough from the end of November until the beginning of December when the maximum production of the Comune variety (80% of Italian clementines) is concentrated, but the demand recovered again at the end of the year. The harsh cold weather from the 8th to the 10th of January, with temperatures of up to minus five or six, has complicated the quality of the fruit. At Armonia we will close the campaign with around 8,000 tonnes of clementines and 1,000 of oranges marketed.

Which are the main varieties you work with? What is expected of the Sanzo variety?

We start off in October with the Caffin variety. In Italy, we have very few extra-early varieties and I don’t think that the situation will change over the next few years. Our most important volume is Comune, which represents 75% of our production and we end the season with Hernandina, which takes us up to the start of February.

We like Sanzo a great deal and we are trying to spread it in a controlled way and only in the areas that are best for growing it. It ripens in the second half of January and I think that over the next few years it will start replacing the Hernandina because it is more productive and tasty.

What are the prospects regarding oranges?

In Italy, the cultivation of “Tarocco” oranges, which are the most popular ones, has evolved significantly. New varieties of these red-fleshed oranges mean that the campaign extends from December until April/may.

There is also a great deal of variety innovation with the Navels, but the farmers have not invested in them due to the low returns involved. In general there is great disappointment regarding these oranges and the situation has got worse, year after year. But without innovation the future will be even worse.

Italy has considerably reduced its citrus fruit production, why do you think this has happened?

The main problem in Italy is the average size of the citrus growing companies. Just to give you an idea, the Armonia group, with its volumes of clementines, would be a very small company in Spain, whilst in Italy it is one of the 5 largest organisations dealing with this produce.

In the clementine sector, most of the companies invoice less than 5 million euros and companies of this size find it very difficult to invest resources in R&D, marketing and communication or management and organisation. This small size is the main reason behind the downturn in the Italian citrus growing system: there is a lack of resources and without resources, there is no investment… And without investment there is no growth. Today the market is constantly changing and more resources are always needed to keep up to date. I hope that in the future, the companies will join together and consequently the average size will rise. Without this radical change in structure, it will be difficult to turn the trend around and we will be out of business.

Italy, from 2nd to 4th position

Citrus fruit production in the Mediterranean has grown by 15% over the past decade, whilst Italian production has dropped by 40% due to different factors: little variety renewal, low profitability, loss of surface area and less demand. What would be seen as a small organisation in Spain, in Italy the AOP Armonia is amongst the largest five fruit growing companies. Its invoicing reaches 30 million euros, of which 20 are from fruit, with clementines holding the top position. Armonia’s domestic market is its major consumer, with 60% of their sales.

PrevClemcott, certified quality
Monsieur Tropical, a new reference in ripe avocadosNext
YOU COULD ALSO BE INTERESTED IN