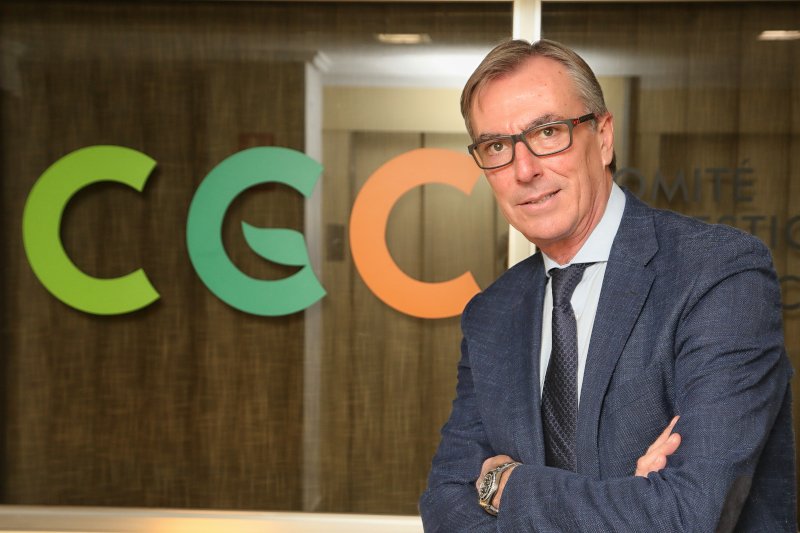 The new chairman of the Citrus Management Committee, Manuel Arrufat, takes up his chairmanship in a particularly turbulent year. The executive talked exclusively to Fruit Today

Experienced professionals comment that South Africa is just the scapegoat for a situation that has nothing to do with external aspects, but rather with internal problems in the Valencian fields. All of this, without taking the excess operators into consideration. What do you think about this version?

The truth is that South Africa has affected the start of our campaign. They have overlapped their Valencia oranges with our Navelinas in Europe, but the damage caused by these imports, in my view, has been slightly exaggerated. It would be worth remembering, first of all, that the EU’s trade agreement with the South African countries only referred to oranges, and that there have never been any customs restrictions or tariff quotas for mandarins.

The delay in ripening of over two weeks left the European market at the mercy of imports from the southern hemisphere. Our clementines and Satsumas, a large part of the Clemenules, as well as the first Navelinas, were medium and small in size due to the drought. Added to this, the low temperatures that encourage consumption did not reach Europe until the end of November or even December.

In addition to all these factors, at source we suffered from endless days of occasionally torrential rain, which caused serious damage due to watering down and ‘pixat’, or senescence, and this is always difficult to manage. The amount of days that we couldn’t go out to harvest was added to this delayed ripening of the fruit.

When we overcame the problems of the first clementines and entered the critical moment for the Clemenules, we came up against the logistical problems generated by the ‘yellow vests’ in France and the CDR in Catalonia. Shipments to central Europe were once again delayed; orders were lost, shipping costs increased, etc.

And as far as the sector is concerned, have the farmers and the operators done their homework?

The farmers from the region of Valencia make up a particularly restless group, always grafting and planting new varieties, looking for market gaps, etc, but we continue to maintain a smallholder farming community that puts our costs up and makes us less competitive.

On the other hand, we have an excessive production and geographic concentration in two varieties: the Nules in clementines and the Navelina in oranges and this complicates their marketing, and we haven’t had the best offer at the start of the campaign.

Steps have been taken (compulsory and many of them traumatic), regarding the concentration of the offer to stand up against a demand monopolised by a few exporters. In 1993, there were around 900 and currently there are just 300.

Does the key lie in the safeguard clause with South Africa?

For oranges, which is where I repeat that the agreement affects us, we had already observed over the past few years that their Valencia-lates were delaying the start of our Navelinas. This year, additionally (although the figures are not yet significant), we have seen a clear growth trend in their mandarins and late mandarin hybrids.

The clause would help to slow down this process, but we must consider that there aren’t many precedents; that it requires a large amount of documenting work to justify the distortions in European production; that this impact has to have a very obvious size; that there are important interests from importer countries such as the Netherlands… It will be complicated, very complicated to achieve it and the measure, if it is successful, will be temporary, not a final solution.

On the whole, if we don’t dare to talk about protectionism, we should at least mention reciprocity, but this takes place in Brussels. What is the Committee’s approach on this point?

There is an imbalance between what is required of us to export to countries such as the USA, China, Japan… and what the EU requires of third countries in order to export to Europe. We would like these requirements to be equal. The plant protection threat that these imports entail or the movement of tourists with fruit or vegetable material introduced without any controls into Europe has brought very serious pests and disease in recent years: Xylella, ‘cotonet de les Valls’ (Delottococcus aberiae), orchid trips, as well as the citrus greening vector (not the disease itself). For all these reasons, we must be protective and ensure that the protection of our citrus growing sector is more important than any other trade interest.

In the case of South Africa, we have to maintain the current protocol to prevent access by ‘black spot’ – which only now and after many years of interceptions at ports seems to be becoming successful, so why change it? We also have to protect ourselves against Thaumatotibia leucotreta (false codling moth) and other fruit flies, as the only guarantees involve applying a cold treatment during their journey to Europe.

You took part in the meeting to activate Intercitrus. What are your conclusions on this point and where we should be getting to? Should we put aside certain personalities or business misgivings in order to move forward?

In 2011 it entered a phase of dormancy and it is now exactly a year since the assembly took place, where all the official associations represented coincided in its reactivation. The CGC has never hindered nor will it hinder the reactivation of this instrument which, without any doubt, will improve dialogue with the Central Government in Spain or with the European Parliament, but there are still some important difficulties to overcome. Everyone must be committed and involved and have a broad perspective. This is the only way to avoid committing the same mistakes again.

Your opinion on the withdrawal of 50,000 tonnes. Don’t you think this step has come too late? Everything indicates that the situation continues to be “a crisis” and the problem, at this point in the campaign, is now coming from Egypt.

It would have been much more effective in December because the early clementines and navelinas could have been withdrawn, which would have relieved the fresh produce market. This step is limited by the fact that only 37% of citrus growers who, according to the ministry, have their production linked to a PO, can benefit from it. It might be a good idea to reconsider making the requirements for joining these organisations more flexible and avoiding discrimination in the dealings depending on the legal formula involved.

The other side of the coin, indeed, is Egypt, which has already started its campaign in Europe and which, as in previous years, continues selling at very low prices. The important devaluations of the Egyptian pound have brought competitiveness to their exports. Some time ago, the European Commission already gave warnings about the residues detected and about the pests that this fruit could bring with it.

I insist that our advantage lies in the fact that our late Navels have an enviable quality, which I believe they cannot reach and, for this reason, they are greatly appreciated in Europe. Spain offers a better service, greater plant protection and a more homogeneous quality, but the price factor is still there.

Now, in the second part of the campaign, there is hope that things might get better: we no longer have size problems; the cold weather has arrived; there is a good offer of late mandarins and mid-season oranges, and we can extend the season with very competitive late oranges.

With Valencia being the European citrus growing epicentre, what valuation could you give me about the fact that we have yet to obtain a successful “Made in Valencia” variety?

We have probably not known how to make the most of the IVIA for this purpose. In any event, on this point, I think that it is inexcusable that the CGC –whose members are the best gauge of the market requirements–, is yet to be present on its management bodies, as the cooperatives, the producer associations or even the class-based trade unions already are. We need a strong IVIA, and it would be a better idea to build bridges between research and private initiative.

When people talk about reorganisation or variety organisation in the future, what does this entail?

Reorganisation must not only involve the varieties. There is a long way to go on the subject of patterns. For example, it is obvious that we would all want a Nules that could easily last in January or in February and this could involve having the correct tree stock. Creating patterns that are tolerant to climate change, to water scarcity or to disease should also be considered to be priority lines of research. In order for a variety conversion to be successful, a budget is needed, along with a commitment by the Government, avoiding restrictions that leave the people who bring value to the produce to one side.

The growth rate of South African exports has accelerated in recent years. In 2018, it reached its record: over 2 million tonnes, more than 800,000 of them coming to the EU. It took them 60 years to reach the first half a million; passing the one million threshold, over three decades; to reach 1.5 million they took 12 years and for the final increase – to 2 million, they have only needed six years. Now, they estimate that passing the 2.5 million mark will take them between three and five campaigns.