The complicated challenge of innovating the aubergine sector 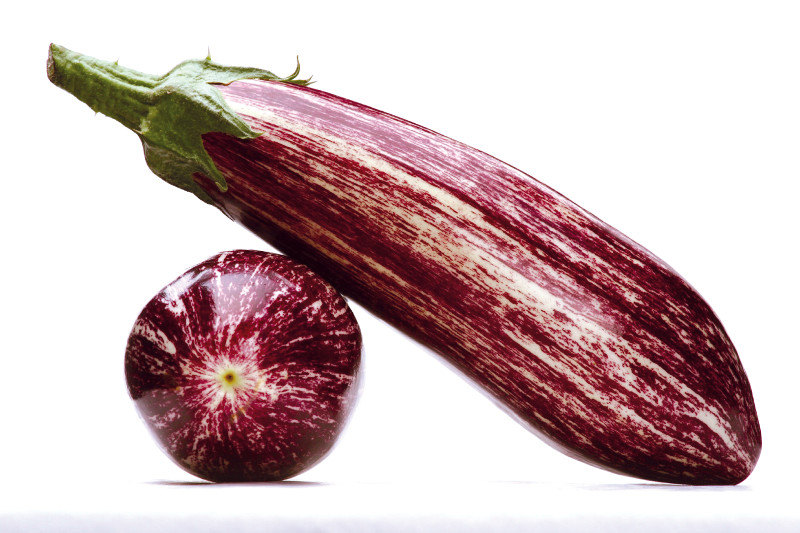 Rijk Zwaan has launched Yolanda RZ, a black aubergine to close the cycle, and Araceli RZ, the first thornless, striped one

Years ago, Rijk Zwaan managed to launch onto the market the first aubergine without any thorns on the calyx (workers do not get pricked and the pieces do not scratch against each other), which meant that the company innovated a very traditional product. Most consumers opt for black, semi-long types, although it is true that we see others on the market such as striped and even, outside our borders, white aubergines. Additionally, as it has to be cooked for eating, it loses its colour and this is a disadvantage when innovating. For this reason, the breeders have concentrated on more conventional aspects, such as production and quality, as Alberto Domingo, Aubergine Crop Specialist, explains to Fruit Today.

This first thornless variety, Thelma RZ is still going strong, taking over 65% of the market under glass, because it also gives farmers a continuous production from start to end and it has a long shelf life, making dispatch to more distant destinations easier.

This is followed by Letizia RZ (18% of the market share), which is sturdier than Thelma and a larger calibre (400-450 g) for the home market and also thornless and with a long shelf life.

The last new development, launched last year, is Yolanda RZ, which completes the cycle (all of them are planted in August, but on different dates and Yolanda RZ would be in between Thelma RZ and Letizia RZ). With an intermediate strength, its plant is “more clothed”, its aubergines have “extraordinary” quality and the plant also has no thorns on the calyx and has a good post-harvest.

Amongst Rijk Zwaan’s milestones is also having been the first to launch a hybrid striped aubergine variety for greenhouses, Angela RZ. This is followed by Lidia RZ, which is sturdier and the colour of which lasts longer during the winter months, for complete cycle. The last new development, introduced this year, is  Araceli RZ, the only thornless striped variety on the market. “It sets and produces very well in the winter and it maintains a homogeneous colour throughout the year.”

Amongst all its varieties, the company holds 83% of the market share for greenhouse aubergines (around 1,800 hectares in Almeria between winter and spring).