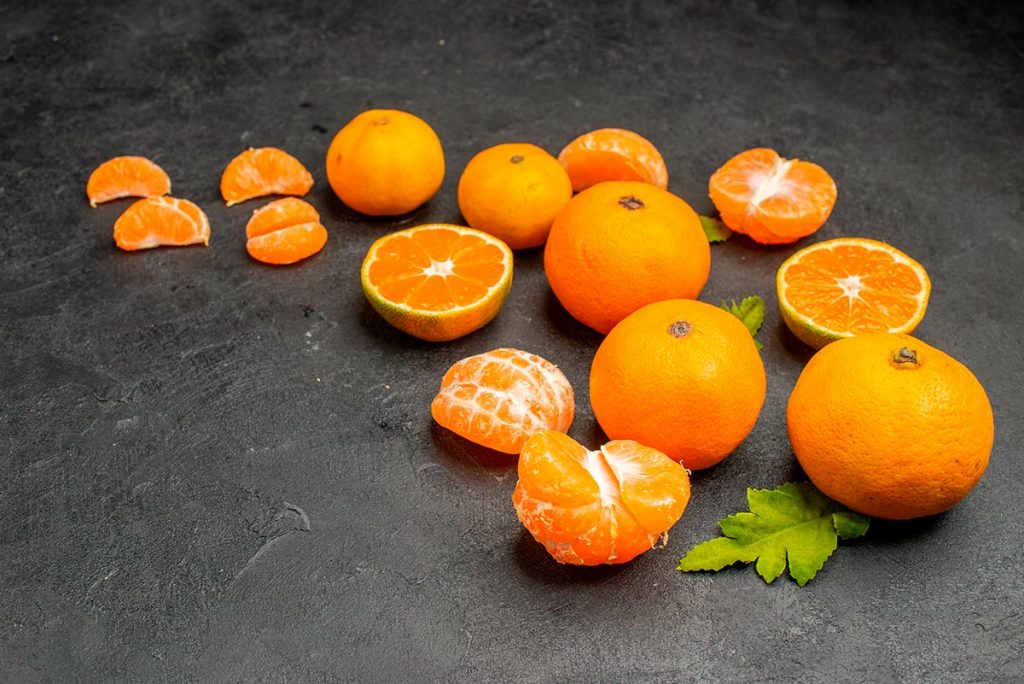 Although historically the Chinese production data was not known, even though its importance was a given fact, today this information is finally available. The Asian giant exceeds 54,000,000 t and it has maintained an interannual growth of 6% since 2015.

In mandarins alone, China produces more than the rest of the countries from the northern hemisphere, reaching 36,652,000 tonnes. Even so, the country has room for imports from the United States, Egypt, Chile and South Africa and, to a lesser extent, from other sources. The Spanish production is amongst these, with some exporters using it to consolidate their own brands. However, the pandemic has turned the world upside down and there is serious tension in the ports and the rise in shipping costs has caused Spanish citrus fruit exports to this country to drop by 40% over the past year. 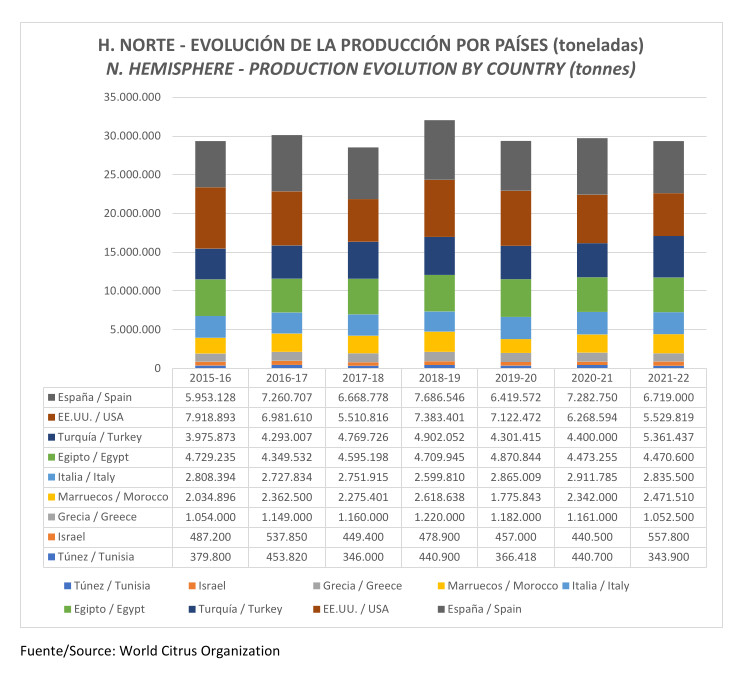 Excluding the figures provided by China, citrus fruit production from countries in the northern hemisphere is ten times greater than in the southern one and it reaches around 30,000,000 t; specifically, 29,342,000 t. However, with the exception of Israel and Morocco, with increases of 27% and 6% respectively, the other countries have recorded significant decreases during this campaign. Turkey and Tunisia are maintaining a drop of -22%. Spain and Greece are moving between -8% and -9%, respectively, and the U.S.A. has dropped by -12%.

Peru’s production also continues to rise and it puts 238,306 t on the market, while Argentina, a great lemon producer, is experiencing a 6% drop, with the same occurring in Brazil, which now only produces 25,000 t.