The mix formats are becoming consolidated amongst Scandinavians 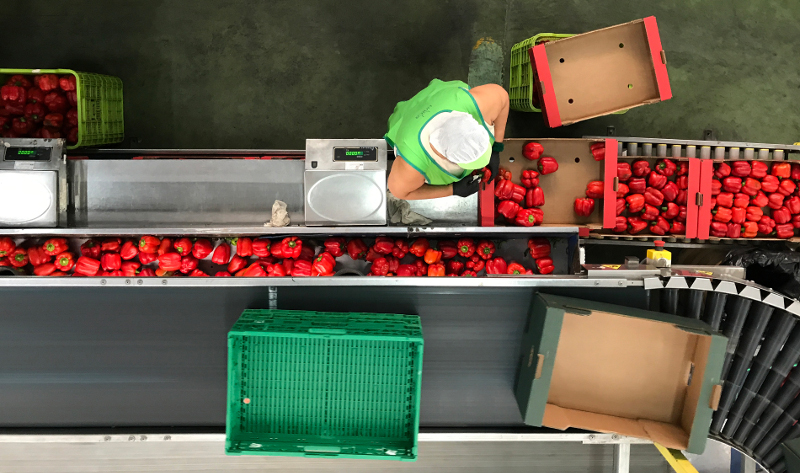 The assortment of mini peppers, cucumbers and tomatoes by Unica Fresh is being very well received by consumers

In recent years we have seen the pepper surface area grow in the sector (in 2016/17 alone +9%, according to the Andalusian Government), with a clear leadership by the California and the increase in specialities such as the Palermo and spicy types. A segment in which Unica Fresh, the leading national company in vegetable exports, is very well positioned, with peppers making up between 28-30% of its total volume. Specifically, in this campaign the company expects to exceed the 320 million kilos including all its produce, 80 of which correspond to peppers, amongst its different types of California, sweet, sweet bite or spicy, of which they are one of the largest producers. Alongside the conventional production, they have ecological produce in the largest volume varieties, California and Palermo, throughout the entire year, as well as other varieties during a large part of the campaign.

To provide added value to its range, they are offering mix or assorted snack formats that mix peppers and other vegetables such as mini cucumbers and cherry tomatoes. A format type that is being very well received by European consumers, particularly amongst Scandinavians. “The use of these formats is widespread for snacking between meals there and in the case of children, they are given as healthy afternoon snacks. They are also used frequently for salads since it is very convenient to have vegetable varieties that are sweet and full of flavour”, sources from the company state.

This year the company is coming to the Madrid trade fair (stand 9E02) with the consolidation of Unica Fresh after its integration into the AN Group. “We will give an overall view of the project. Additionally, we are going to present a very interesting new line of products that have been very well received. We have extended our catalogue with the incorporation of new fresh produce and the line that we will present”, they advance.

Recently the company added a new cooperative to the group that will strengthen its presence in the ecological sector. This is Frutas Segura y García, located in Campohermoso (Almeria), and it stands out for its ecological production of tomatoes, Almeria cucumbers and courgettes.

Under the export heading, they continue seeking out new markets. “A few weeks ago we returned from Asia, a market that is very interesting to us, where we hope to continue growing in volume and to extend our customer portfolio.”

Always searching for innovation and continuous improvement, this summer they have taken on important projects in some of their cooperatives with the incorporation of new lines of handling that allow streamlining processes and to respond to the increase in volumes.