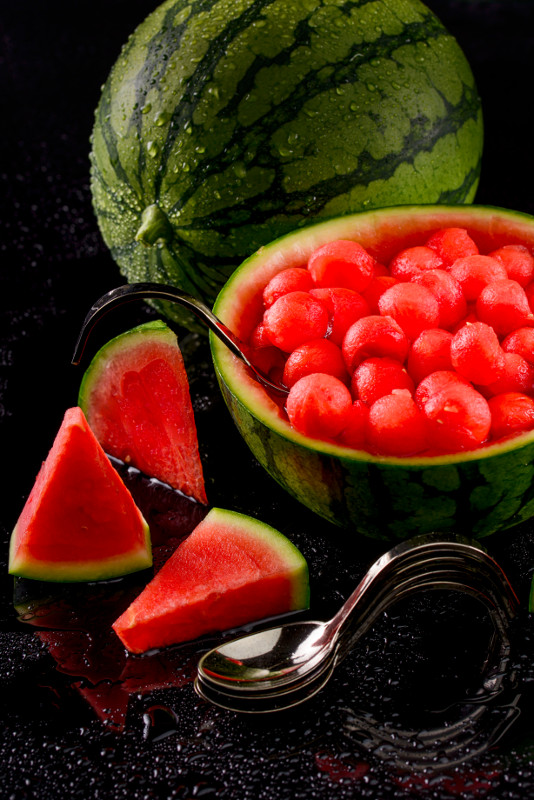 As happens every year, Campo de Cartagena has been the stage for discovering new melon and watermelon developments first hand from the plant breeders. Incredibly long days that offer the chance to check out the most immediate future of these fruits and give clues about the innovations being developed by each company to stand out amongst this extensive range of varieties. What are the most important keys to be able to lead this battle for the niches? We will list them here and point out some of the most outstanding examples:

It might sound repetitive, but it is just essential. All the plant breeders are trying to raise flavour to the full. And here not only the Brix intervene, but aspects such as the texture or the ‘bite’ are also important. One of the developments that has drawn most attention is the concept of ‘Crispy’ flesh from Rijk Zwaan that creates a different feeling when biting, in-between spongy and crunchy. The company also uses the quick rise of the sugar to ensure “excellently-flavoured” melons in its new generation of Piel de Sapo with Flechaverde F1 and Galactus F1. In other Sakata types, Festival has been presented, a very sweet cantaloupe melon, whilst in watermelon, Syngenta continues to maintain the highest flavour quality levels on the market with its new varieties, after consolidating Red Jasper and Kasmira, as Nunhems is doing with Sun Gem F1 or Style F1, amongst others.

The general increase in the quality standards has encouraged companies to seek out differentiation using specialities, with different colours of flesh and skin and a mix of types. There are examples such as the ‘Chaloupe’ Kabayon F1 by Enza Zaden, with the colour and flavour of a Charentais melon and the shelf life of a Cantaloupe; or Orange Candy by Seminis, a very sweet yellow melon with orange flesh that has raised great expectations. Another two melons by Nunhems are very distinctive: Crispy Pear (similar to a very brightly coloured yellow melon in an individual size) and Crispy Frost (a Honey Dew that is reminiscent of a Branco, also in an individual size). Without forgetting the white melon with orange flesh for export by Fitó, which under the Waikiki brand name is being developed exclusively by two important European producers; and the round Piel de Sapo by Sakata, Sapito, which has an intense flavour.

From one-person to midi sizes

The increase in demand for smaller sizes for export is making the companies launch new varieties with the same internal variety as in the conventional sized fruit, but in reduced sizes. Syngenta already covers the entire range of sizes in striped white with the same quality thanks to the mini melon Petit Perfection (1.5-2.3 kg, rounder than Bibo, for Almeria) and Prestige (3-4kg). Nunhems continues adding mini materials with internal high quality such as the single person pollinator NUN 11603 WMW F1 (premium type with micro-seeds), the ‘star’ of its new incorporations that is positioning itself in ‘eco’ and monoculture due to its reduced size. Hazera is another clear example with Lynx (personal), Ocelot (mini) and Margay (midi). And Fitó and Seminis have also launched their first mini piel de sapo melons, the former with a material in a pre-commercial phase and the latter with SVMP3228 and the brand name ‘seMinis’

One of the common goals is the de-seasonalising of consumption and to do this, varieties are needed for different origins, but that are homogeneous in quality or what Sakata called ‘glocal’ solutions in the talk ‘Cucurbits Open Days’. Accordingly, Seminis has the mini piel de sapo SVMP3228 that can be produced 12 months of the year, guaranteeing continuous supply in Europe, as it adapts very well to weather conditions in Costa Rica, Brazil and Senegal. And at Fitó, they have Loire, a long life cantaloupe that can be grown in Murcia and Brazil with the same quality, offering large European distribution chains fruit with the same standards throughout the entire year.