“Time and resources are running out” 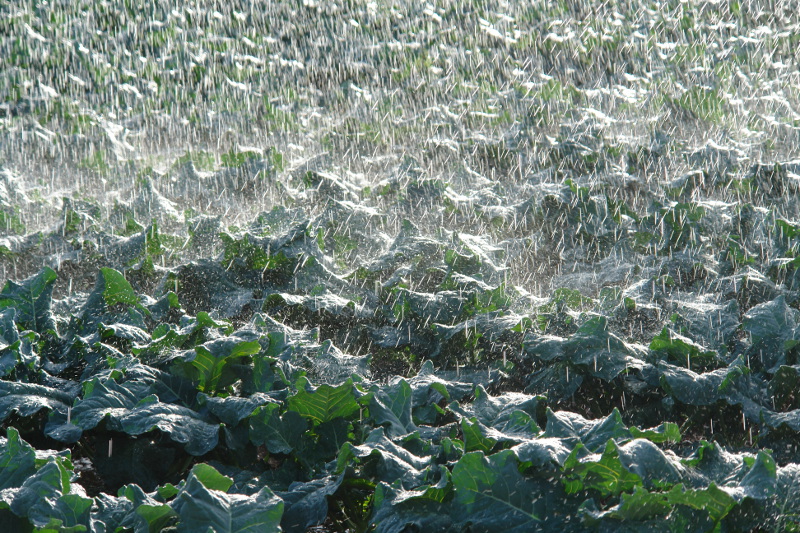 The collateral effects of the drought have caused an increase in costs of between 20-25% and the second phase of the campaign, from February to May, is in jeopardy

At Fruit Today euromagazine we interviewed Juan Marín Bravo, chairman of Proexport and of Eucofel.

The drought is the star of this campaign: what is the sector expecting?

Once again, this year we have started the open-air campaign for broccoli and other crops such as cauliflower, artichoke, celery… with record-breaking drought data. Since the Hydrographic Confederation of the Segura has kept records, this is one of the harshest ones. It is being very, very complicated, and in 2018 we are going to start the fourth year of drought. In 2016 we were already at the limit due to the situation of the wells, particularly in the Campo de Cartagena, but the heavy rainfall between the 15th and 20th of November alleviated the problem slightly and we managed to complete the campaign.

Currently, the Tagus-Segura Water Transfer has been cut off; the Segura Basin is on alert and only supplies water for human consumption. If it does not rain between the end of the year and January, in the second phase of the campaign (from February or March) we are going to find it much more difficult to maintain all the transplants. Time and resources are running out.

One of the solutions is to relocate harvests to areas such as Northern Almeria, but what repercussions will this have on the expenditure?

Yes. The Almanzora area (Pulpí, Antas, Vera) is very important for the companies linked to Proexport, and in recent years many companies have relocated their farms there, seeking new water sources, such as the Negratín water transfer, but even the Negratín has been cut off for the past five weeks (data from the 26th of October). This new area has also entered a complicated situation. In the first phase of the campaign, we have moved our farms to higher and intermediate areas and we calculate that until January-February (always depending on the weather), some normality will be guaranteed. There will be produce, more expensive of course, due to the increase in costs derived from the relocation of farms (we have had to leave some on hold in order to move to others) with everything that this involves, moving machinery, plants, increase in transport costs… We have been forced to use more expensive resources, with virtually all the irrigation water coming from desalination plants, drawing shallow water from the wells with the subsequent increase in rates. Due to all these reasons, we calculate that the costs have increased by 20-25%.

Have these extra costs been passed on to customers?

Not yet; we are assuming them ourselves and meeting the programmes.

How have the high temperatures at the start of the campaign affected the volumes?

In October they were record-beating, reaching 33 degrees. We had planted produce with the arrival of the cold weather in mind, but we found that the volumes that we expected to have in November were ready two weeks early, meaning that the Spanish productions overlapped with the ones from Germany and England, although the prices were quite reasonable.

The production window is tending to extend in Holland and Central Europe, due to the mild winters and the new technologies such as cogeneration and solar energy. This is an aspect to which Spanish producers must adapt.

What is being asked of the Administrations?

The most urgent steps involve the operation of the desalination plants at full capacity, as they are not even reaching an average of 60% at present. The Torrevieja plant has the capacity to produce 120 Hm3 and it is only producing 40 in spite of the fact that it was finished years ago. The Valdentisco desalination plant must be extended and operate at full capacity. And a third plant, in Águilas, which is producing 60 Hm3 of water for the Valle del Guadalentín, must increase its capacity to reach 70.

We cannot stop demanding water transfers and this water should be competitive and cheap from the Middle Tagus area and near to the Portuguese border. Today there are over 4,500 Hm3 stored and it is not logical that the head of the Tagus River has no water and that it remains close to the river mouth. The river head must be reloaded and continue transferring water to ensure that this mix of desalinated water, underground wells and water transfers allow the water to have a reasonable price in such a way that producers can maintain their competitiveness and the end customer does not have to pay more for the produce.