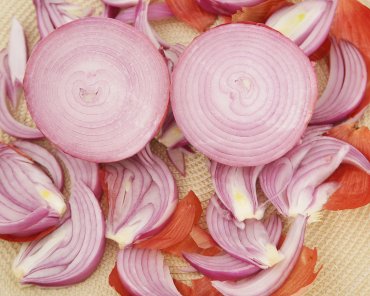 The economic crisis, a result of COVID-19, is making it impossible to see a clear scenario in the onion sector, which fears returning to situations experienced during the 2008 crisis.

Different sources within the sector coincide with their diagnosis: “There is no immediate concern, but there is a worry about how to best weather the economic situation that is on the way in the short and medium term. At present, Europe and the rest of the world must start taking baby steps again, but the economic imbalances will immediately become obvious.”

According to Alfonso Tarazona, chairman of the ACEC (Spanish Association of Onion Harvesters-Exporters) “in May last year, we exported considerable volumes to Germany, Holland, France and the United Kingdom. It has been a wasted month this year as a result not only of the lockdown that occurred in these destinations, but also because there have been European stocks.”

Spain, which is a highly specialised producer of large calibres, particularly used for the export and restaurant markets, suffered a complete halt for the two and a half months of generalised confinement; although in reality, all the markets as a whole were affected by the unusual situation.

By contrast, the home market, and particularly the organised distribution channels, had increases in sales of more than 50% compared to their regular volumes. However, since the end of May, and as countries start opening up their borders, there is a situation of uncertainty, made worse by the perfect storm that occurred in the sector at the start of the Spanish campaign. “With that in mind, since the last days of May it seems that everything is beginning to move again, albeit very slowly, and adjustments in world trade will occur, although we have no idea about the conditions. The situation of vulnerability remains,” Tarazona comments.

Although later than other neighbouring countries, onion segmentation on supermarket shelves has now become a consolidated reality and this has also been seen in the boom during the coronavirus pandemic, when sales almost doubled. However, nobody can rule out the fact that the 2008 crisis and the years following it could be repeated, “in the sense that there could be a variation in the programmes with the chains if the economic situation becomes much worse over the next few months. This could mean a reduction in the range that we have now. If sales of some references drop, they could be removed from the supermarket shelves, leaving room for the more basic varieties. We must wait and see.”

Regarding the trends that the post-Covid phase has put on the table, the preference for local produce stands out. On this point, the chairman of the association cautions that “in the case of onions, there is no problem, because Spain is one of the largest producers worldwide and we only resort to imports in certain periods when the quality of local onions cannot be guaranteed, or for specific products: for example, the sweet varieties that do not last for longer than 5 or 6 months.”

The supposed greater flow of onions from the southern hemisphere during this campaign is not significant. “We have received the same amounts as other seasons and with programmes that had already been agreed upon. The demands by traders and the distribution are getting greater all the time and we must guarantee the quality. It is true that there have been Spanish onions in the fields, but they were in bad conditions due to the persistent rainfall from mid-March until April, apart from the already mentioned lockdown of the export markets for the larger calibres; but in May, home-grown onions started to reach the supermarket shelves,” the sector’s representative concludes.