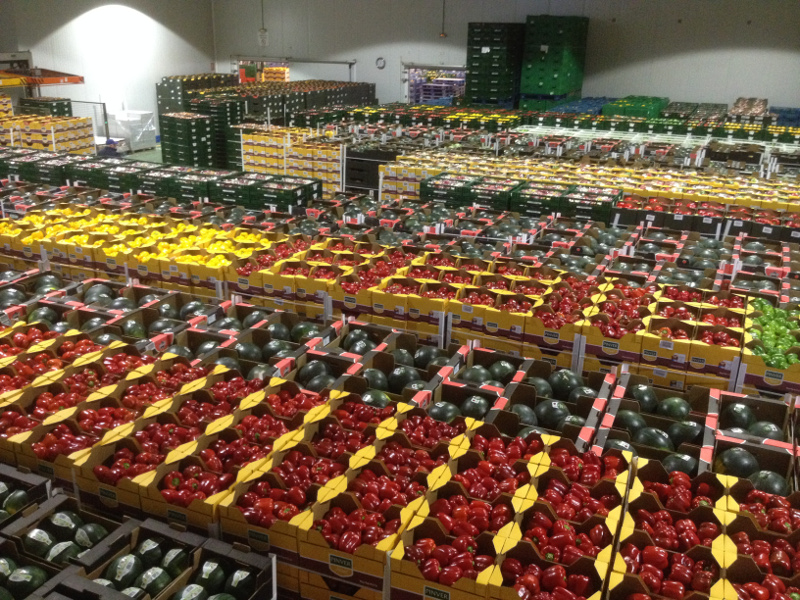 Without any doubt, Hortamira’s most important product is the pepper, which is also the most important crop and the economic driver in the region, due to its micro-climate. For some time now in this area, this reference has become the flagship of Ecological Agriculture. Pascual Blanco, Hortamira’s sales manager, tells us the key points: “It is the star product, it adapts perfectly to European markets, where in turn, there is a growing demand, and therefore, differentiation and knowing how to offer an added value to consumers make it into a challenge for guaranteeing profitability.” Accordingly, the company led by Blanco has known how to seek out this differentiation along the 100% eco route. “In pepper production, as with many ecological products, until recently, there had been an outstanding issue and this was the possibility of obtaining and producing ecological seeds. Today, this is slightly easier. Now you can obtain and produce completely ecological pepper seeds; in fact we do it ourselves with varieties such as Tamarín and Brocanto by Vitalis®. Therefore, we are able to close the production cycle and offer consumers confidence and traceability in a pepper that meets all the benefits of the bio system, from its source, the seed, until the final fruit is obtained.”

Currently, ecological produce makes up over 65% of Hortamira’s invoicing and 60% of its volume. And it continues to grow every year. “At present there is an objective project that is in 4 years to exceed 90% and in turn, continue to grow in other trends such as biodynamics and to diversify and extend the bio range.”

The cooperative was established in 1981 with 18 associates. Over this time, it has moved forward in its methods and crop systems, giving priority to improvements in the associates’ production methods. “We moved into integrated production with auxiliary insects and from 2002 the race for ecological production started and we joined this movement,” which caused a continuous increase in associates and surface area. “Our philosophy is that of a healthier, environmental and people-friendlier agriculture, for both producers and consumers.”