From Santiago to Berlin and Paris: Chilean blues add colour to European menus 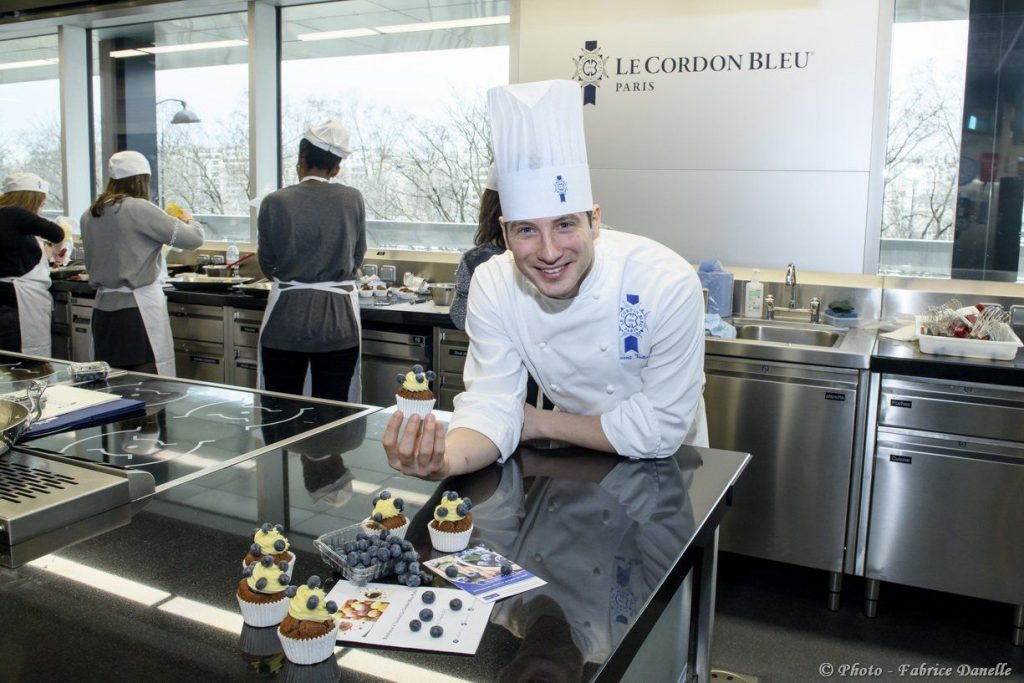 Chilean blueberries have been featured in special menus created by top chefs in Paris and Berlin, as part of an innovative social media campaign aimed at demonstrating the simple, tasty recipe options that the fruit offers to younger generations. Culinary workshops for lifestyle bloggers and editors have highlighted easy recipes with blueberries as the main ingredient, whether that be breakfast, lunch or dessert.

Paris’ famous Le Cordon Blue Institute was the venue for the first event, organised by the Chilean Blueberry Committee, together with ProChile and the Chilean Fruit Exporters Association (ASOEX), which brought Chilean blueberries before some of France’s most influential bloggers. Founded in 1895, Le Cordon Blue is considered one of the largest networks of culinary schools in the world, with more than 35 institutes in 20 countries.

Attendees were treated to a bakery masterclass from Vincent Valton, Pastry Chef Instructor at Le Cordon Bleu Institute, who demonstrated a delicious cupcake recipe inspired by Chilean blueberries, plus a talk from a dietitian on the multiple nutritional benefits of blueberries. Chilean blueberries, which are a recognised source of natural antioxidants, are famed for their flavour and optimum sweet-sour balance, as well as their firmness and uniformity of colour.

The Paris event was followed by a second workshop – in this case aimed at German bloggers and influencers – held on 25 January at Berlin’s Einfallsreich venue. Seven journalists were given ringside seats to a cookery show from leading chef Daniela Fadda, as part of an event timed to coincide with the annual food exhibition International Green Week Berlin.

Held from 19-28 January, International Green Week Berlin is a one-of-a-kind international exhibition of the food, agriculture and gardening industries featuring 1,600 exhibitors, which has attracted media coverage in over 70 countries.

As Charif Christian Carvajal, ASOEX marketing director for Europe and Asia explained, the aim of the workshops was to promote Chilean blueberries as “a versatile ingredient for any meal occasion,” particularly to younger consumers seeking simple, healthy meal options.

Speaking at the Paris event, Pedro Duran, director of ProChile in France, highlighted Chile’s position as the leading exporter of foodstuffs among the Southern Hemisphere countries.

Andrés Armstrong, president of the Chilean Blueberry Committee, said the success of the promotional campaigns, combined with the dynamism of the Chilean blueberry industry, had enabled Chile to become the world’s leading exporter country of blueberries.

Diego Torres, director of ProChile in Germany, said: “The Berlin blueberry cookery show is an important activity given the fact that the value of fresh fruit imports to Germany increased by 18% in 2017 compared with the year before.”

The Paris workshop forms part of the Chilean blueberries 2017/18 campaign in France; a market where all the indications are that consumers are receptive to including blueberries in their daily eating habits. Armstrong said the objective for blueberry exporters was to ensure that strong potential for sales growth continued to translate into further demand. The campaign also includes an enhanced ongoing programme of in-store product tastings in collaboration major retailers, including Monoprix, Intermarché and Carrefour.

The Chilean Fruit Exporters Association (ASOEX) and the Chilean Blueberry Committee will be exhibiting at Fruit Logistica 2018 in Hall 25, Stand B-10 from 7-9 February at the Messe Berlin Conference Centre, Berlin, Germany.