In the 13th edition of Interpera, the international pear congress has closed after a dense 3-day programme in Rotterdam and around the Netherlands. 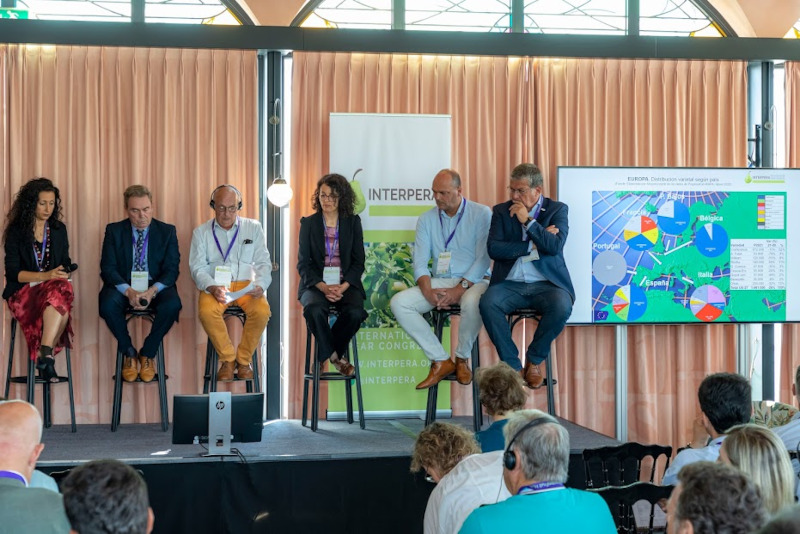 Let’s face it, the current situation in the pear production sector is complex. The harvest figures are disturbed, the consumption is decreasing, exports are limited by politics and war, the climate is changing and as a consequence, costs are rocketing.

Since 2008, Interpera has been updating European pear producers and the industry on the market and trends in good times and in not-so-good times. This year the challenges are clearly numerous, so this was an additional reason for the pear stakeholders to gather, share experiences and consider solutions together. Such a mission has been the motto of Interpera since the very beginning.

After a day of technical visits to growers and the research station Randwijk, the Interpera conference day exposed the market situation and a forecast of the summer pear harvest in a round-table of production experts from six European countries (Italy, Spain, Portugal, France, Belgium and the Netherlands).

The present and the future of pear-growing might not look so bright, however, the presentations of the Interpera conferences on 29th June aimed at driving producers toward positive thinking. The idea was to provide possible alternatives, to give healthy “pearspectives” in a turbulent world. For example, the audience was shown how the Italian production is reorganising and facing the market challenges. Other points highlighted were the use of data and precision farming, solutions to fight the stink bug and consumer trends.

This year AREFLH and DPA were the co-organisers of Interpera. Richard Schouten, director of DPA expressed his pride to host the event for the first time in the Netherlands and to welcome participants who came from not less than 14 nations worldwide: “such a mix of people proves that there is a future in pear-growing, we are reaching an always-increasing number of stakeholders”

Lastly, the conclusion advice to the audience was not only to reconnect with the consumers, to be conscious of their behaviour but also to “think outside the box” by innovating in creative unseen consumption ways for the pear.

Prev“Increased use of rootstock: it is now an absolute necessity”
Planasa reports full year sales growth of 19% compared to last yearNext
YOU COULD ALSO BE INTERESTED IN