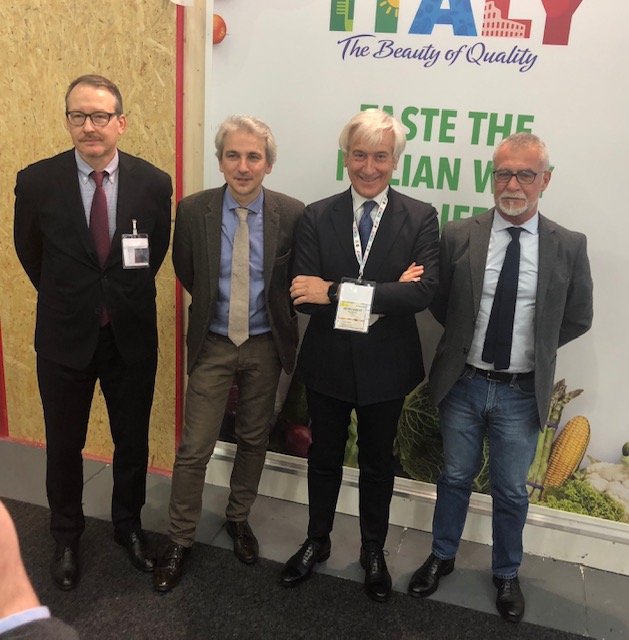 The first months of 2020 have shown an important rise in the demand for organic fruit and vegetables in Italy and in Europe. The lockdown situation has illustrated the evolution of the consumers, more and more interested in organic and natural products.

Following the data presented by Canova, the sale volume of organic fruit and vegetables have gain a +17,6% compared to 2019 with a +11% of rise in the amount in the Italian market. Canova is part of Apofruit Group and it is one of the protagonists of the project Made in Nature, Discover the Principles of European Organic Farming, the project funded by the European Union, Cso Italy and six of Italian organic leader companies as Brio, Canova, Conserve Italia, Veritas Biofrutta, RK Growers and Lagnasco Group.

“These numbers are really relevant”, has said Ernesto Fornari, executive director of Canova, “They show an increase in the production value and in terms of quantity. The performance of organic fruit and vegetables has been outstanding, for kiwifruits, oranges and lemons as for seasonal products as asparagus, strawberries, Ciliegino and Datterino tomatoes, cauliflowers and broccoli.”

“Fourth range products”, continued Fornari, “have registered an important increase in terms of export, especially in Germany, Greece and Belgium”.

This important growth of sales has been possible thanks to the increase of ecommerce that, according to Fornari, has recorded an increase of requests during the last four months, from 200 order/week to more than 1000 between March and May. This positive trend is combined to an increase of the export as confirmed by Mauro Laghi, Executive Director of Brio, the company part of Alegra Group, specialised in organic products: “The exportations represent the 50% of Brio sales volume, thanks to solid relationships with foreign countries as Germany, Nederland, Belgium, Scandinavia and Eastern Europe countries. In these first four months of the year we have recorded a +7% of sales increase, which confirms the success of our strategy and let us facing the summer with optimism.”

The Italian fruit and vegetables sector has recorded a sale increase of +15,8% in the large-scale distribution (following the data of The World after Lockdown – Nomisma and CRIF), with +20,4% of growth for fruits and +13,4% for the vegetables. The organic product represents, in this segment, the 4% of the total. An important role in this growth has been represented by the ecommerce whom, following Netcomm evaluations, has recorded for the fruit and vegetable sector +103,7% of orders, following the increase of fresh products (+114,8%). The exportations, despite the borders closure, have recorded with an increase of +6,9%.

ASIA FRUIT LOGISTICA 2021: the place to meet in person is Hong Kong

From creative communication to a harvest forecast via app: this was Interpoma Connects 2020