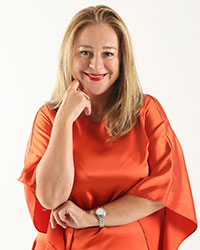 Literally born in the countryside (Sucina) in 1963, where his grandparents and his parents worked on the country estate belonging to some aristocrats from Madrid, the Marquis and Marquise of Spínola. By his first birthday, his parents had moved to El Mirador, a village to the north of San Javier, in search of a better life.

His entire life has taken place in the equilateral triangle formed between the towns of Sucina, El Mirador and San Javier, his current residence.

He spends many weekends in Madrid, where his eldest daughter is studying, and where the younger one will soon join her. Together, they go to the Santiago Bernabeu stadium because they have turned out to be more fanatic Real Madrid supporters than their father. They spend hours eating tapas in the area.

He is a simple man, with good humour, values and traditions. His southern lineage can be seen in his fondness for bullfighting and the Rocio festival, which he could not attend this year.

Do you have to play paddle tennis to be the Chairman of Proexport?

(laughter) Of course not. It is pure coincidence.

Well, I’ve been led to believe it could be written in the association’s rules and regulations.

Because of Juan Marín?

Of course, I also played paddle tennis with him. How often do you play every week?

Juan and I are great friends and we have played many matches together, and he almost always beats me. I get really mad because I am a very bad loser. He is very clever: he always looks for great partners. I get furious, but after a while, when we go for lunch and start having a few laughs, I forget about it.

My allowance is two days a week, but sometimes I have to miss my ration due to unavoidable commitments. In any event, I always try to compensate by running along the promenade of Santiago de la Ribera in the mornings.

So, you consider yourself to be a loser…

Not at all; this is just in the heat of the match and not always, because I also win (laughter). Life has treated me very well and regarding the things that matter to me most, such as family and health, I feel very fortunate: a winner.

I believe you are also joined by your fondness for bullfighting…

Yes, I am a bullfighting fan to the last, a fan of Manzanares and El Juli. And I am a diehard follower of Pepín Liria, from Murcia, who I have accompanied on many occasions.

I’ve been told that you have had up to three horses and you even performed in the world famous ‘Semana Santa de Lorca’ (Lorca Easter Parade) dressed as a Roman on a spectacular chariot. If I had known about this before, I would have written this profile then. Why did you leave the horse world?

I rode for over 15 years and I instilled the same love in my daughters, who ride quite well. When they grew up, they stopped being interested in them and I decided to sell our horses. They need care and time and my daughters, as they got older, didn’t enjoy them as much. In the ‘Semana Santa de Lorca’ processions I have paraded in horse-drawn chariots dressed as a Roman. The biblical staging is spectacular, everything: the aesthetics, the passion. There are no words for it; it must be seen to be believed.

This year, you must be happy with Real Madrid’s season…

You have no idea. One nail-biting win after another, although always in the last moments.

When did you realise that you were good at the fruit and vegetable trade?

I finished my eight years of primary school and then I spent another three years in Murcia, but I wasn’t very sure about what I wanted to do with my life. At that time, at the age of 18 you were conscripted and I was stationed at the General Air Academy in San Javier, but before I had to go, I got a summer job at a produce auction. It hooked me and I soon discovered that I was good at dealing with the farmers. I realised that I had a commercial side and that I had to develop it. When I finished my military service, I was hired again and stayed there for 15 years. The rest is history, because in 2001 I set up my own company with four partners and I still enjoy what I do. I like the commercial activity, the relations with the farmers, the everyday work, which is never the same. I am happy with what I do and I think I do it well.

Have you ever thought about what you would have liked to do if you hadn’t devoted your life to this sector?

Yes, and I am very certain about this, I would have liked to be a sportsman. I don’t know in which discipline, because I like sport a great deal. I played football when I was very young and I think I played reasonably well, but it wasn’t at the time when parents supported their children and spent their days juggling their work to be able to go to training sessions and matches. This was a long way from reality for my generation’s parents.

By the way, I’ve been told that your parents are still alive…

Yes, they are the most obvious example of love that I have ever seen. At their ages of well over 90, they go everywhere together. They always have breakfast in the same cafeteria, they follow a set of routines together and everyone knows them and greets them.

But you are still very active, aren’t you?

I have never lost the itch for sports. I run virtually every morning at 6 am along the Paseo de Santiago de la Ribera and I play paddle tennis once or twice a week.

Where will you spend your summer holidays, if you have any?

We have not decided yet. We have to agree at home, particularly now my eldest daughter is studying away from home and the younger one is off next September. The four of us want to be together for at least one week, like when they were young. Last year, we escaped for a relaxing week in Formentera at the end of August, and this year we haven’t come to a decision yet.

Yes, but I have also been told that you had your own little getaway.

Ah, yes, that is true. I walked a stretch, not very long, of the Camino de Santiago, the length we could walk in the time we had. We started in Tuy and we reached the cathedral seven days later. This year, I will do it again, but following another route.

Are you religious? How does it feel when you manage to kiss the saint?

I am a believer and devout. I am not a perfectly practicing Catholic, but I am still a Catholic. Kissing the saint after days of walking causes some very deep feelings, a great inner peace.

Will you end up as a friendly old man, holding his wife’s hand?

That is what life is about, and I hope so. That is true happiness.

There is too much at stake!Next
TE PODRÍA INTERESAR