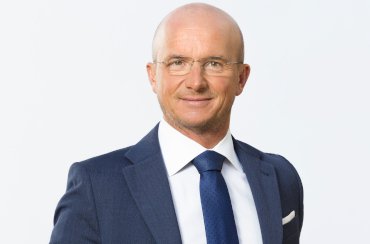 La Línea Verde Group continues to grow. It closed its consolidated balance sheet at the end of December 2018, with a sales volume of around 300 million euros and a growth of 28% compared to the previous year.

With this data, the company confirms the positive trend that has made it the undisputable leader of the pre-prepared and convenience food and fresh ready-to-eat dishes sector in recent years.

In the first place, investments have been made in structural elements and they are linked to improvements in efficiency in the production area, both in terms of an increase in the production capacity and in energy savings, with a three-year 15 million euro project that will be completed at the end of 2019.

At the same time, agricultural investments coincide with this upscaling of production, with fields and greenhouses dedicated to salad crops, using both ecological and integrated farming methods.

The company will boast a new JD Edwards computing management system, the primary role of which is to implement a control system that perfectly coordinates each area of the company, becoming fully operational in 2019. Specifically, their production processes will be digitalised following the “Industry 4.0” principles. This will translate into an EBIT for La Linea Verde Soc. Agr. S.p.A. of over 4.1 million euros and a net income of over 2.2 million.

The Italian invested companies are also following the positive trend set by La Linea Verde Soc. Agr. S.p.A. Amongst these, the subsidiary Ortomad Srl, which manages the production centre in Pontecagnano Faiano (Salerno), stands out, with an invoicing of over 33 million euros and an 8% growth compared to the previous year.

The logistics and transport company B&B Enterprise Srl has also increased its sales volume, reaching 24 million euros. The company Natura.com is following the same line, closing its 2018 balance sheet with an invoicing of over 13 million euros.

The group has invested 3.5 million euros in a new company in Sardinia, made up of two agricultural production activities and a state-of-the-art technological innovation plant, by way of the invested company, Antiga Sardigna S.A. Srl.

This growth is also due to the sales recorded on foreign markets, particularly in Spain, through the two invested companies Vegetales Línea Verde Navarra S.A. and Productos Naturales De La Vega S.L., with which the group has obtained an invoicing of over 85 million euros.

With respect to Eastern Europe, in the Serbian agro-productive arena, which is in a development phase, the company has concentrated its resources on finalising its structural investments.

“Although the figures promote our consolidation and expansion strategy, our company is not exclusively based on them. Our investments are not only structural; rather, they are aimed at the growth of our human capital by way of job creation, training and specialisation. The increase in the workforce in 2018, just taking into account the Manerbio centre, for example, was +14%,” says Domenico Battagliola, CEO of La Linea Verde. “We cannot forget that we are farmers and we are working with a short, transparent production chain.”

In total, in Italy, they have around 2,000 hectares of crop land, characterised and formed using the same short, controlled and certified chain, which comes together in a single organisation of producers, “Sole e Rugiada”: “Thanks to this organisation, the Manerbio centre has its own supply of salads. The precondition for our growth involves applying the changes, but without taking our eyes, our heads and our hearts off the land,” Battagliola concludes.

PrevThe Spanish company GAC has made the leap to Europe and China
Pre-prepared and ready-cooked ranges: a boundless categoryNext
YOU COULD ALSO BE INTERESTED IN