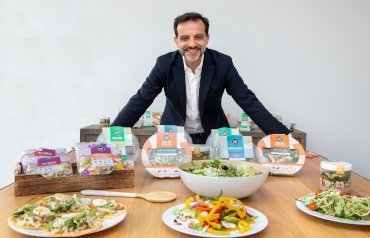 In order to figure out the scale involved, we must first note down some of the company’s most relevant figures, such as its presence in supermarkets in 30 countries, its 9 production centres, 5,000 hectares of cropland and over 2,500 employees.

These parameters may help us understand the reasons for their overwhelming success in less than two decades: innovation takes up 19% of its overall invoicing and continues to be the group’s driver for growth, along with a strategy giving priority to internationalisation.

Without neglecting in any way their important commitment with the home market, its most recent actions are focussed on Europe, after the acquisition of the company Thurlander and its leap to the Asian continent with its child nutrition products.

In 2018, the group reached a joint invoicing of 308 million euros, which means 21.7% more than in the previous financial year.

Over this last year, GAC has managed to triple its international invoicing compared to the previous year, reaching 84 million in sales for clients outside Spain.

This increase has occurred in both pre-prepared and convenience food and in nutrition, with a slight drop in farm work, but it has been particularly linked to the chain Thurlander, a leader in the ready-to-eat category in Germany, which is also on sale in Denmark and Austria. Thurlander had an invoicing of 50.5 million euros in 2018 (+11%).

Additionally, the Valencian company’s position was consolidated in March with the acquisition by the parent group of Florette (Agrial Group), made up of two companies with factories in Switzerland and Italy.

Innovation continues to be the driver for growth: the company has launched 25 new references onto the market. Amongst the most recent of these, the launch of the agricultural assorted materials holding ecological certificates under the brand name BIO Sun&Vegs, the micro-dishes with fresh vegetables for cooking, or the Poke, in the ready-to-eat area, along with oats, as a vegetable alternative to yoghurt, all stand out.

With regard to child nutrition, it has extended its range and references and for the first time has reached the Asian continent: the Philippines and China, alongside Shanghai’s giant DingDong Trading Co., LTD, as well as reaching Saudi Arabia.

Without leaving anything out, the Food Service cannel has had one of the most important launches and it is present in Spain and Portugal: over the last year the brand put out, alongside the company Delikia, a pilot project in the vending channel that already has around twenty corners.