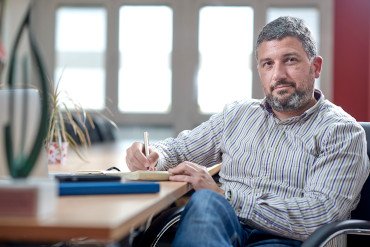 Fashion has brought its promotion actions forward and Carlos Ríos is repeating as its ambassador in an atypical campaign.

This campaign is a complete “roller coaster.” The general manager of Grupo Fashion, Joaquín Hidalgo, summarises the ups and downs that the summer fruit has suffered since the start of the year: “On the 1st of April, the market had collapsed; nobody knew what was going to happen. Consumers were stockpiling products at home and there was a great deal of uncertainty. After two months of confinement, consumers wanted to look after themselves. Now (from the end of May), they are buying more fruit and vegetables and both watermelons and melons fit in this frame very well. What we don’t know is what the situation will be like in a month’s time. Probably, consumers will be affected by the economic consequences of COVID-19 and therefore, they will tend to be more concerned about the economy and this could influence their behaviour, more than their habits.”

Hidalgo explains that “supply must be guaranteed, along with certainty.” Agronomically-speaking, the 2020 campaign is being characterized by little volume in watermelon. This spring was defined by quite irregular weather conditions in Almeria, the first region with volume and quality on the Spanish mainland and this affected the setting; therefore, the expected yield has not been reached. In spite of everything, at the end of May the market showed a good rate of demand and the prices were “very high, even more so than in 2018.”

To counteract this lower yield and certain quality problems, Grupo Fashion has reinforced the selection task at source, in order for all the fruit harvested to meet its standards. “According to the first calculations, we have withdrawn around 15-20% of the harvest.”

Adapting to the times

Fashion Watermelons are characterised by a high profile on communications channels. This year the promotion campaign started on the 20th of April, a month earlier than usual, to “adapt the format to the times.”

As happened last year, the company has once again opted for using the dietitian influencer Carlos Ríos as the brand’s digital ambassador, through a collaboration agreement. “Carlos has a very interesting profile due to his knowledge and movement on social media. In addition to his social media, we are going to use our own channels, such as our blog,” to communicate the different actions.