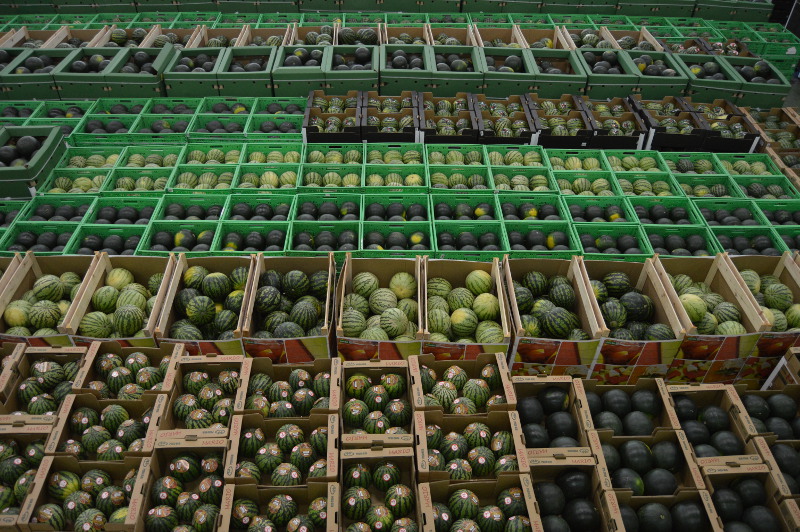 After the quality watermelon boom, companies such as Pozo Sur are slowing down in order to maintain the prices

Pozo Sur is the largest watermelon producer in Spain, with around 55 million kilos per year and 800 hectares of production, almost all of which are located in Murcia. The current situation, according to Juan López, manager of the company, is of a “mature” market that has been “saturated” by the double-digit growth undergone by watermelon consumption over the past 7 years. A positive evolution caused, in the first place, by the produce’s increase in quality, but that is now threatening to bring the prices down if the operators themselves do not take action. At Pozo Sur, they are aware of this and, therefore, they have decided to slow down and they are planning to reduce their production by 15% this campaign. And the fact is that last year they were obliged to “be consistent and defend the material.” They did this by farming the surplus productions and removing produce from the market because “there was an excess of 4,000 hectares in the European Union and the prices were catastrophic.”

“Anything over 20,000 hectares is surplus on the European market,” he states regarding watermelons. For this reason, new destinations outside the community borders need to be found. In the company’s case, they continue to knock on “new doors,” but the majority of their exports (95%) remain in EU countries. Finding new niches is not an easy task. “Both Italy and Greece are showing an important commitment to watermelons;” Hungary is a competitor from August onwards and Turkey, although it is an important producer, also consumes a very large amount (around 60 kg per capita), therefore its influence on Spanish productions is not as important, in spite of the fact that the dates coincide.

For the campaign that is beginning (the first harvests are planned for between the 20-25th of April), Pozo Sur has invested € 180,000 in machinery: laser labelling machines, calibrators and palletising machines that renew their equipment and optimise the work flow. Everything required to continue leading a segment in which its main asset continues to be, as ever, “flavour, flavour and flavour” with the brand names of Mario and Mario Único.