Adapted to the weather and to low quality water 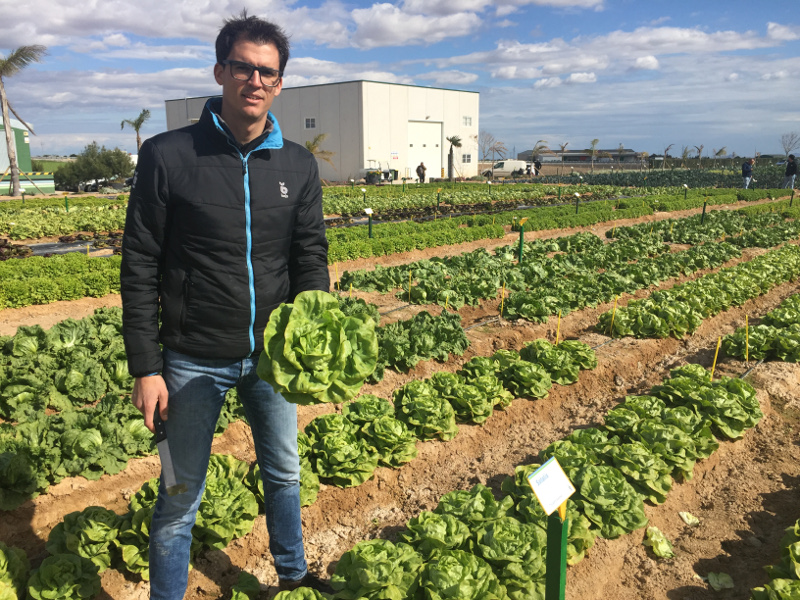 The seed company opened the doors of its lettuce operating centre, the Experimental Farm El Aljibe, to show the new features of a portfolio that it started four years ago with the purchase of Agrisemen. Over this time, the company has worked on adapting the varieties to the region’s cultivation characteristics, placing special emphasis on disease resistance (particularly mildew and aphids), the changeable weather conditions and the scarcity and bad quality of the water. This was explained by Óscar Peñalver, Leafed Produce Manager: “The problem is here and we must try to resolve it or adapt to it as best as possible. The bad quality of the water causes problems with the size, appearance of Tip Burn… and to avoid it, we select the varieties that best adapt to all this.”

Another of the strong points of its materials is the forming of fruit with less ribs and good internal structure, an important aspect for processed produce.

For pre-prepared produce, Bejo is seeking materials with “ a great deal of natural white rate, which are very adaptable to weather changes and that do not suffer as much in situations of water stress, to maintain the best internal form”. Also with attractive, bright shades such as that of Solos, is the new lollo “with the colour of a triple red and the production of a double red.”

In the heavier type, the iceberg, the Bonice variety stands out for transplanting at the end of October and beginning of November, with harvests at the end of January and February.

In other types, such as oak leaf Be-68 142, the weight and volume of the variety are worth mentioning, offering a very good colour and a high degree of resistance. In Trocadero, the characteristics of Sotalis and Antedis are underlined, covering the entire production programme with tolerance to mildew. And finally, in Radicchio, Raffaelo allows fresh produce to be obtained in harvests at the end of March and April, dates when traditionally it is more complicated to obtain fresh produce and companies are obliged to resort to produce held in cold storage.