Alfonso is an easygoing man, a concise, austere person, with charitable principles that he does not boast about. 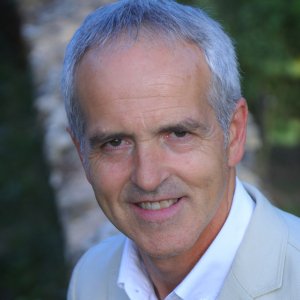 He admits that, even after over 30 years in a 95-square metre flat in Vitoria, he has not got used to it and the walls still close in around him.

With all likelihood, the child who grew up in the countryside, with the green mountains as his only horizon is still a part of him. For this reason, he has almost made his second home into his main residence.

His house, in the village of Maestu, surrounds him with everything he misses while in the city. He also has his family smallholding.

The truth is that my interviewee was born in 1963, not in Maestu, but rather in Aberásturi, a town close to the Alava capital, with just over 100 inhabitants. Maestu is his wife’s village, but he considers it to be his own.

Alfonso is an easygoing man, a concise, austere person, with charitable principles that he does not boast about. The father of two teenagers, years ago he opened an Instagram account to follow their evolution. Nowadays, he no longer looks at it, because they have grown up.

As is compulsory for virtually all Basques, Alfonso Saénz de Cámara likes keeping in touch with nature. We walk along a green path, which was previously the route of the Basque-Navarro train that joined Vergara to Estella, close to the border of the Izki Natural Park. Prior to this, we took the first photographs at the Santuario de Estibaliz, recalling other times.

Why have we come to the Santuario de Estibaliz?

Because for those of us who are from round here, it represents many happy memories. The people from the local villages usually come on Easter Monday. We would spread out in the surrounding area and eat, sing and play. And there is another reason; I wanted to show you that Estibaliz has a very important Romanic legacy and even more so when it seems likely that the benefactor of this architectonic gem was a woman. Imagine this in medieval times!

How interesting! But, in addition to this memory, what else do you remember as a child?

I was raised in a farmhouse. My parents worked the land, with some livestock and a family smallholding. I was already driving my father’s tractor by the time I was 8 years old. What is more, my older brother and I would do wheelies when my mother came around, and she would shout at us because she was so scared. Looking at it today, it was really reckless.

Another of my nicer memories was school. It was known as a unitary school, because children of all ages attended. I studied there for an extra year.

What do you mean?

My grandfather took my brother to school on his first day and I went along with them. My brother didn’t want to stay and he ran away. I, on the other hand, was fascinated by the place and I stayed at the age of just four years. Back then, things weren’t regulated as they are now, and the teacher let me stay.

Unitary schools. It all seems prehistoric.

Yes, it seems so, but it wasn’t that long ago. And that year, the schools also started being mixed.

Do you speak Basque?

No. I don’t even remember that my two great grandmothers spoke it. As it is the southernmost province, Alava has a greater Spanish influence. I started to study it, but I stopped, although one day, I’ll take it up again. However, my children speak it because they have studied it in a regulated way.

Your high-sounding surname has always drawn my attention. It seems like an aristocratic surname.

Nothing could be further from the truth. I can’t explain exactly why this is true, but in Alava most people have double-barrel surnames, and they correspond firstly to a Castilian Spanish surname and, generally, followed by a patronymic or a place name. I suppose it has to do with the history involving the borders and reconquering by the Spanish. My children, for example are Sáenz de Cámara López de Apellániz.

They must run out of room when they have to fill in any official documents.

Were you certain about what you wanted to study?

Yes. I liked farming, but I saw what a hard life it was. As children, we all wanted to be like the well-dressed gentlemen who came to sell us seed potatoes. And I decided to study Technical Agronomy. Although, if I were studying today, I would go for the same as my eldest son, Entrepreneur Leadership and Innovation, a degree based on the Finnish business model, with a great deal of practical work, without marks, and with experience working abroad.

What are your other hobbies, in addition to nature?

I really like to read, but due to a lack of time, on a daily basis I only manage to stay up to date with the newspapers and my emails. On the other hand, when I am on holiday, I devour everything I can. I have a small hidden passion that I also don’t manage to devote much time to: I have a 1977 Seat 131 in my garage, which I look after and regularly take to pass its MOT. When I retire, I will take my friends for rides in it. And I always have my smallholding, although now my wife tends to it more than I do.

I didn’t imagine that you would like cars, but I realised it was true when you pushed the accelerator flat on the Azáceta pass, carrying out some manoeuvres worthy of Fittipaldi.

I have always liked vehicles. I have done around 70,000 kilometres/year in the car and I admit that I like to drive fast, and at the same time it relaxes me. It is true that on the Azáceta pass, the people who live in these villages like to race, particularly at the weekends.

What are you reading at the moment?

Reading is one of my greatest hobbies. At the moment I am finishing a philosophy book by Adela Cortina, ‘Ética cosmopolita’.

Where did you spend last summer?

Very quietly in Maestu and walking my fourth stage of the Camino de Santiago. It is an adventure that we started in 2017 and I have not yet finished, because my holidays are always short. I go with a good friend and it helps me to disconnect one hundred percent from my work. It is a very strong release mechanism from my everyday reality.