Ambrosia™, stronger and more attractive than ever 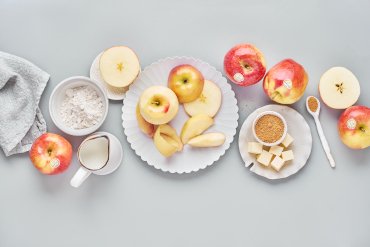 More than ever, Ambrosia apples have burst into Spanish households, positioning themselves as club apples and exceptional fruit.

Using a 360º communication campaign, directed towards the entire national territory, Ambrosia™ is meeting its target of consolidating its presence and acclaim, linking it to a fresh, dynamic and fun image.

Once again, this year Ambrosia™ has opted for rewarding its most loyal customers’ commitment with a campaign full of gifts and prize draws. The high participation rate in these prize draws clearly shows the consumers’ interest and enthusiasm in the prizes offered by the brand, which are a Thermomix, an Ipad and a 100-euro Amazon gift voucher. Consumers will have until the 30th of April, 2021 to participate and multiply their chances of winning one of these magnificent prizes.

Moreover, the renewed brand image presented at the start of the campaign has been widely accepted by consumers who, apart from identifying with the brand’s values, share with Ambrosia™ the wish for some healthy living habits and enjoying every moment of the day.

By publishing healthy recipes on its website, Ambrosia™ has been proved to be a valuable ally for having a balanced diet that is low in calories, rich in vitamins and nutrients.

Likewise, its collaboration with well-known influencers from the gastronomic sector and their publications on Social Media have allowed it to obtain a greater interaction with its consumers. Ambrosia™ will continue to surprise its followers with new prize draws throughout the campaign.

But without any doubt, the star action of this campaign has been the launching of its first 20 second television commercial, broadcasted nationally. Thanks to this prime time commercial, the brand awareness has been increased and Ambrosia™ has been put at consumers’ top of mind.

Ambrosia™ will re-broadcast its television commercial at the beginning of March and as a new development, it will sponsor the television programmes that are currently most popular.

PrevKanzi® is increasing its promotion initiatives
Joya®, a very promising seasonNext
YOU COULD ALSO BE INTERESTED IN