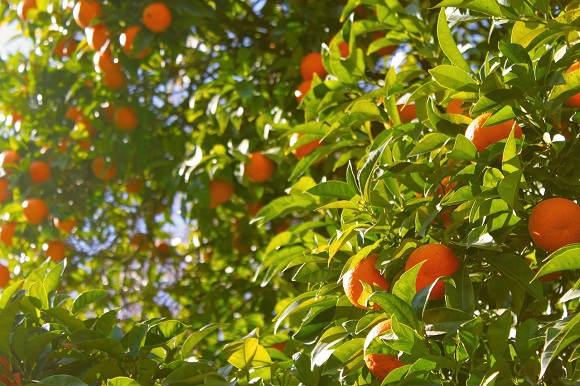 Spain, the leading country in fresh citrus fruit production in Europe, is presenting a slightly smaller harvest in 2021-22 than its average over the past five years

Specifically, the Spanish harvest will put 6,700 million tonnes of citrus fruit on the market. This figure is 340,000 tonnes lower than the previous campaign.

83.5% of the production is made up of oranges and small citrus fruit (mandarins and clementines). The latter category is dropping its representation by almost 35% compared to the average. However, the others are all on the rise: oranges (1%), lemons (1.6%), and grapefruit, with the largest increase, 13%.

Oranges maintain a production that is virtually the same as the previous year’s, with a slight increase of 0.4%, which means around 15,000 tonnes more, although they represent around 40,000 less than the average from recent years.

Mandarins and clementines (small citrus fruit) are the ones that are reducing their production by the largest amount, almost 10% compared to the previous year, meaning around 230,000 tonnes less in figures. This category makes up 31% of the total citrus fruit production.

After a record campaign in production, the lemon harvest has dropped by 11% and there will be around 130,000 tonnes less for the markets.

Grapefruit continue to rise, with 3% more production volume, reaching 84,000 tonnes, a figure that makes up almost 11% more than the average in recent years.

These are the figures presented by the Spanish Ministry of Agriculture and Fisheries, in collaboration with the Autonomous Communities, using a system established in 2019 that attempts to homogenise all the productions. This article was written before the ‘DANA’ (Isolated Depression in High Levels) weather system, which devastated a large part of the production areas in week 38, and the quantification of the hailstone damages caused during this week in the Valencian Community is still pending.

The growth margins are narrowing

Although Spain continues to hold the leading position for exports in the world, the global situation has undergone many changes that have made new competitors to the Spanish citrus industry appear. While Spain has only grown by 11%, Egypt has increased its production by 663%, Turkey by 141% and South Africa by 67%, between the years of 2001 and 2019.

The first position in orange production was wrested from Spain by Egypt in 2019, which has equalled and even exceeded the Iberian potential.

In mandarins, the Spanish position is way above other countries and a few years will be needed for any other country to equal it.

In lemons and limes, the Spanish market shares its leadership with Mexico, although the Latin American country is basically focused on limes. In grapefruit, South Africa, Turkey and China all have similar figures. However, it is the citrus fruit that is growing most, although it is worth mentioning that it is starting out from very low figures.

Spanish sales within the EU are completely dominant, and more particularly during the eight central months of the campaign, from October to May. In June, July and October, Spanish exports coincide with the arrival of produce from the southern hemisphere. And some of these have a re-export component as they are citrus fruit that have come to Spain from South Africa.

A little known fact is that Spain purchases produce from Morocco from the month of August to September, reaching a figure of almost 70,000 tonnes in 2019, according to information from Datacomex.

On this commercial scenario, it is worth mentioning that three important changes have occurred: greater concentration, an important entry of the marketers themselves in the production and the incorporation of investment funds.

When Spain entered the European Common Market, the average volume per marketer was of 5,000 tonnes and currently, this exceeds 20,000, but on the other hand, over 500 marketers, both private and cooperatives, have disappeared. Here lies one of the keys to survival: growth.

On the other hand, the marketers have taken over a large part of the farms, that is to say, they have made a vertical integration. And indeed, those who have carried out this integration continue to grow.

One factor that nobody expected a decade ago was the arrival of the investment funds. Since 2013, when the Miura fund entered Martinnavarro, another six funds have entered eleven companies in the sector, which are amongst the top 25 in the sector.

Accordingly, and purely in a commercial sense, it is absolutely clear that the future of the sector involves consolidating powerful commercial structures that are related on a one-to-one basis with the modern distribution sector and vertically integrated production and marketing. In another area, such as production, the challenges are of another type and they will be analysed in our Special Citrus Fruits edition. Obviously, the sector should already have an effective Interprofessional Association in charge of promoting citrus fruit around the world, amongst other roles. “On this point, things are taking too long, with ups and downs, which never come to fruition, but that are very well portrayed in the photos in the specialised or general press,” a marketer, who wishes to remain anonymous, comments.