Apples for warm climates, a project made into reality 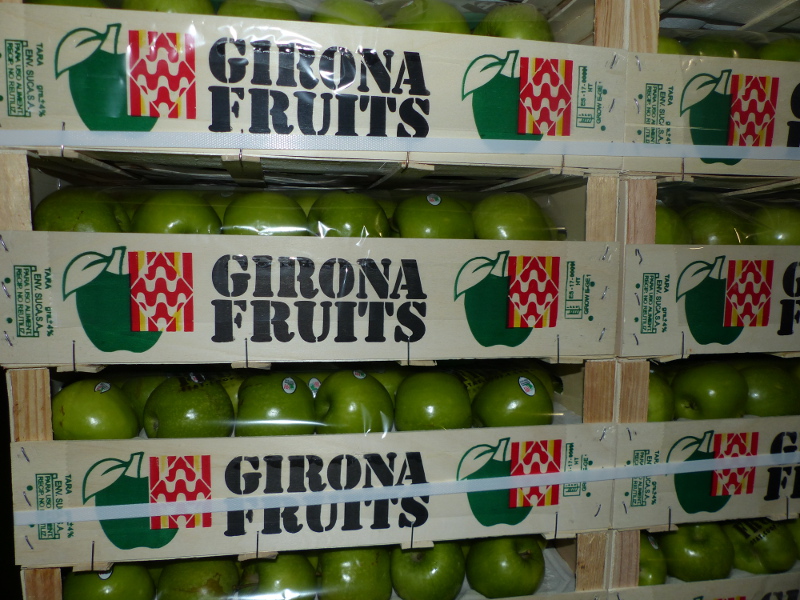 This plan involves planting 15 hectares this year, with the aim of reaching 100 ha over the next five years, meaning that the adaptation process to climate change will begin. These varieties, better adapted to the warming that the planet is experiencing, will contribute to a high quality, sustainable production. All of this is the result of an international programme developed by the IRTA, Fruit Futur and the New Zealand company, Plant and Food. The first commercial trials will start in 2023.

“We are starting off on this adventure with a single variety, but we have other, very interesting ones in reserve. We have important expectations placed on these apples that have great taste quality. In addition, other varieties that are resistant to pests and diseases will be incorporated, which should be able to contribute to a reduction in the use of plant protection products. All of this, within a framework that generates a more sustainable agriculture,” the Manager of Girona Fruits, Josep María Cornell explains.

At the end of this year the packaging lines (relative to transport and automatic pallet disinfection) that were brought to a halt due to last year’s fire should be finished. Additionally, an extension of the battery charging area is being carried out, as well as the conversion of internal transport, changing over to electric motors. All of this is being carried out at the same time as the extension of the plant itself.

And as has already been indicated, sustainability in all its different areas forms part of the organisation’s DNA, which has incorporated reusable textiles for its crops that carry out a mirror function, installed on the ground, so that the apples reach greater colouring. For the Fuji plantations, anti-rain coverings have been used to reduce treatments and to prevent cracking.

Furthermore, from the container and packaging point of view, two years ago, Girona Fruits opted for wood as the main support for its products (wood from its forests), both in trade and in pallet transport in internal processes.

In energy terms, the installation of photovoltaic panels is projected to achieve self-consumption and to prevent, as far as possible, the emission of greenhouse effect gases. And regarding irrigation water, for some years now they have been immersed in the GiroReg programme, sponsored by the IRTA, using probes to improve the use of this asset that is in such short supply.

“With all these steps, we are attempting to adhere to the Generalitat’s decree on sustainable productions, which goes beyond integrated production, and which will soon start to appear,” Cornell comments.

In this campaign, the cooperative from Bordils has marketed 22,000 tonnes of apples. Apple consumption in 2021 has decreased somewhat compared to 2020, the year of the outbreak of the pandemic. However, the market has maintained some fluid sales where the general 20% drop in production in Europe has had a lot to do with this. “This reduction in the volumes has been translated into an increase in prices. This increase has partially compensated for the lack of yield in the production. We can qualify the final result of the campaign as satisfactory,” the executive states.

Although the organisation is very commercially focused on the Spanish market, its export activity fluctuates between 10% and 20%, depending on the season and it mainly corresponds to varieties of Granny Smith and Royal Gala, particularly for medium and smaller sizes, which are not as popular on the local Spanish market. Amongst these foreign markets the Arab Emirates and Africa stand out. The Granny Smith variety represents an important percentage of their production, which they expect to reach 6,000 t in the next campaign.

“One of the sector’s most important challenges is to compete with productions from other countries with lower labour costs and environmental steps that allow systems and products that are banned in Spanish legislation for our producers. These apples arrive on our markets, they confuse consumers and reduce their confidence in a natural, healthy, sustainable product, with high social and economic value, such as our Spanish apples,” Cornell emphasises.

“Regarding the competition of apples from other European countries that maintain the same labour and environmental costs as us, we are not very concerned. We can learn from them, by making consumers aware, recognition and protection, always choosing the local and national produce over apples coming from other countries,” the businessman states. This demand and valuation by consumers of national produce is translated into the need for points of sale to always offer apples from the country, even at prices that are higher than for imported produce.

With respect to the forecasts for the next season, Cornell believes that “we must wait until Prognosfruit is held in the first week of August, in order to obtain the harvest forecasts in Europe. In principle, we expect volumes similar to those of two years’ ago.” An irregular production campaign is being presented in the European producing zones, marked by the adverse effects of the cold spring and hailstorms.