Bionest, an organic reference for berries 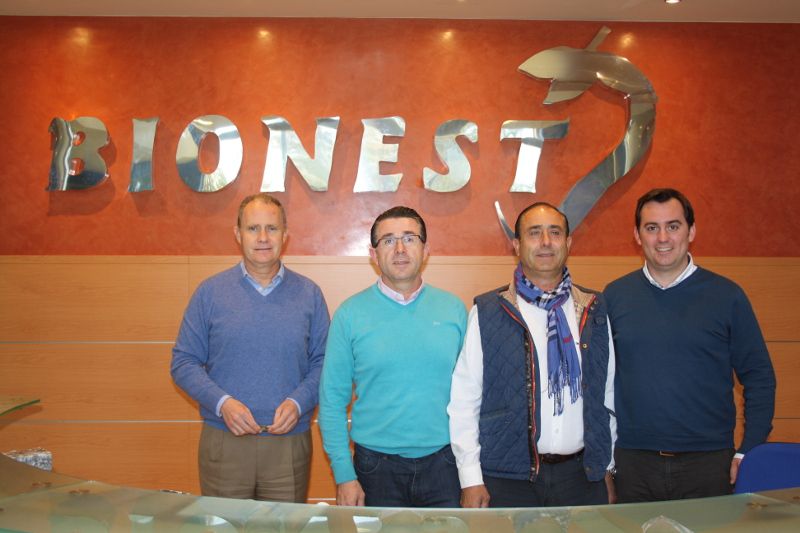 This Andalusian firm is the obvious Spanish reference for organic berries. Located near Parque de Doñana, it is an example of environmental sustainability and social employment.
Just as it is about to celebrate its 25th anniversary, Bionest has become an example of environmentally-friendly agricultural management. On this point, Juan Soltero, the company’s manager, states that “being dedicated to organic production means working in line with this mentality on all the aspects involved in the activity”.
An example of this mentality is the restrained use of all the natural resources, as well as that of resources from the industry, which are necessary for the crop. “Our white plastics for the plantations are used for up to 3 years, as opposed to the more normal 1 year use,” the executive states.
A complicated crop. The complexity of ecologically produced strawberries is very high and expensive, much greater than the other fruits with which the company has longstanding experience.
For the company, as Thomas Cera, the sales manager, points out, “the aim is to be able to offer tasty produce, although in order to achieve this, we may have to carry out many, lengthy variety trials.”
Bionest, as does the rest of the sector, continues to increase its raspberry and blueberry crops and it has not ruled out starting to grow blackberries when it finds the right varieties, both agronomically and regarding taste, in accordance with the high standards that the company sets on itself. “I think that with the right blackberry varieties, consumption could increase appreciably, but at the moment, our emphasis is still being placed on raspberries and blueberries, but without forgetting the strawberry crop”.
Regarding the controversy about the price assimilation between conventional and ecological crops, Soltero explains that “it could be the way to make biological consumption more popular, but as of today, due to the difficulties that are involved with growing strawberries, it is impossible; the production is 30% lower than for a conventional crop.”
With respect to this popularisation of organic produce, the executive states that “the large retail sector has played an important role in favour of this, popularising the produce and putting it on the supermarket shelves, something that previously was in the hands of shops that specialised in this type of produce.”
The presentations. In accordance with its philosophy, Bionest increases every season its formats in cardboard and biodegradable plastic containers, with a prominent print on the containers alluding to the organic production process. “It is important to communicate the goodness of ecological produce because there are still many people who ignore its properties.”
Bionest’s traditional crops have always been diverse, ranging from vegetables, citrus fruit and stone fruit until reaching its specialisation in strawberries and small berries. Although the former have seen their production decreased in favour of strawberries, these fruits are maintained and they help with the crop rotation, a fact that is very important for the organic production system.
Destinations. One of the destinations that is increasing every day and that is showing an important interest in ecological produce is the Arab Emirates, for both strawberries and raspberries. The produce is shipped by air on a daily basis. “In the end, they represent a rather significant sales figure,” Thomas Cera states.
However, although new markets are appearing on the commercial scene, most consumption per capita is to be found in Switzerland and Denmark, countries where consumers have a high awareness regarding ecological produce. The company has also already made small commercial forays into Poland or the Czech Republic.
Regarding the development of the Spanish market, the company highlights the work developed by the supermarkets to introduce the produce, and although consumption in Spain cannot match what is happening in other European countries, it would seem that in large cities such as Madrid, some Catalonian cities and the Basque Country, it is beginning to take root.

PrevGreater boost for Onubafruit
Calinda, Fresh Forward’s new starNext
YOU COULD ALSO BE INTERESTED IN