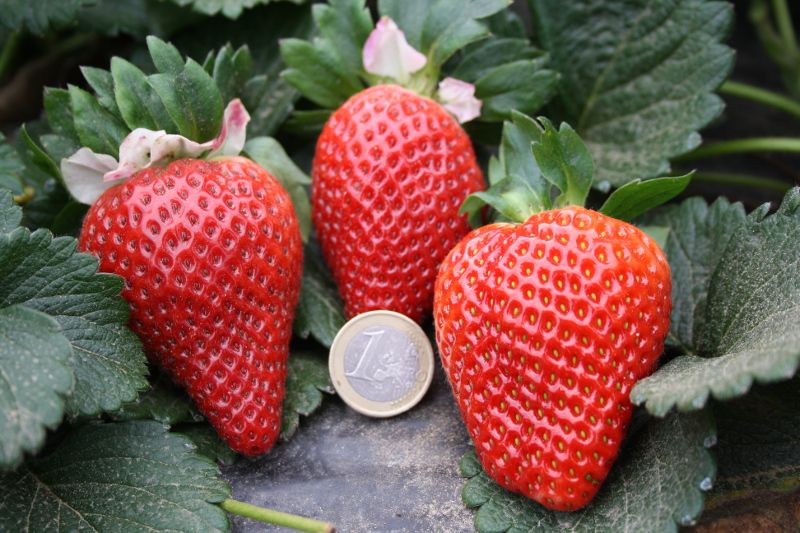 The new variety, created by the Dutch company Fresh Forward, has generated some highly positive market prospects due to its unique attributes.

Calinda has been launched on the market by the company, Special Fruit, which works in the introduction and marketing area in Northern Europe.

Amongst this strawberry’s peculiarities, its bittersweet flavour and smooth texture, pleasant when bitten, stand out. Its perfect size and characteristic shininess turn it into a very attractive fruit. Additionally, its high, regular sugar level with some brix degrees above 7 is also worth mentioning.

After five years of trials, the Belgian company has introduced it on the commercial channels. This campaign is the first one where it will reach a significant level of 3,000 tonnes. “Our target as a company specialising in berries lies in offering the market a special, differentiated product and I believe that Calinda is going to give us this opportunity”, Ben Maes, sales manager of the Spanish subsidiary explains.

Calinda is a variety that can be harvested little by little, therefore the regular and specific production peaks frequent to other varieties are avoided. “The plantation is made in October and the fruit is harvested from January to May, with an average of 600 to 800 grams of product per plant,” Johan Otto, technician from the company in Huelva explains.

Regarding its resistance to pests, its good behaviour with mildew and botrytis should be mentioned.

Strategic agreement. A few months ago, Special Fruit signed an alliance with the Portuguese company Bfruit, which will also allow it to produce and market the raspberries Kwanza and Kweli (from Advanced Berry Breeding). In this way and along with Calinda (from Fresh Forward), the company is strengthening its position on the berry market, produce that mean over 60% of the company’s overall activity.

“We have started producing raspberries and strawberries in Portugal in the regions that are even drier than Andalusia and we are obtaining some very good results,” Maes states.

PrevBionest, an organic reference for berries
On the home stretch in a fluctuating campaignNext
YOU COULD ALSO BE INTERESTED IN