Cajamar and R&D in water efficiency 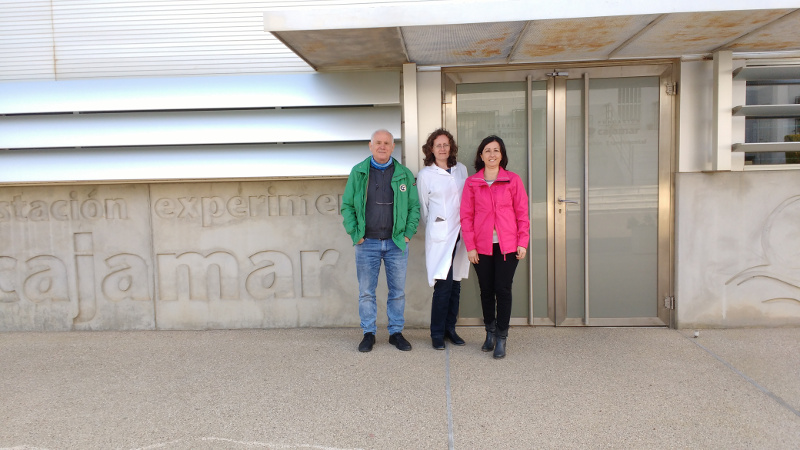 The latest water study in which the Experimental Station has taken part consists of an intelligent and automated system to optimise input and save time for farmers.

As an organisation deeply rooted in the territory, with a markedly social nature, Cajamar has developed different research studies about water, the most valuable asset for agriculture, and it has prepared different publications of interest on the subject. The most recent was ‘The water markets in Spain. Present and future,’ published in March last year, preceded by other far-reaching texts such as ‘The economy of irrigation water in Spain. A regional outlook,’ awarded with the Prize for the Best Agricultural Book 2010. Prior to this, in 2007, they published the study ‘Use of irrigation water in greenhouse crops,’ aimed at optimising the water resources and reducing the environmental problems related to this subject. With some of the conclusions reached, they published the calendar ‘Irrigation doses for fruit and vegetable crops under glass in Almeria,’ a very useful guide that today continues to be valid as a road map for the producers in the province.

On the subject of water efficiency, Almeria is a national leader. “Its model under plastic saves the plantations from the wind action and minimises the effects of radiation, preventing water loss due to transpiration and saving 40% of water compared to other systems such as open air crops,” states María Dolores Fernández, a researcher from the Cajamar Experimental Station, Las Palmerillas. Additionally, according to a study by the FAO, on a worldwide scale, greenhouse crops require 30% less water than open air plantations. To illustrate this, an example is given: for every cubic metre of irrigation water used on an open air tomato crop in Spain 8 kilos of tomatoes are obtained, whilst in a greenhouse in Almeria the figure is 35 kilos.

Currently the Las Palmerillas Experimental Station has gone a step further on the route to optimisation of water resources and it has taken on a new study, along with Santiago Bonachela and the University of Almeria. The research, funded by INIA and led by IRTA (Food and Agriculture Research and Technology Institute) which is in charge of the project, also has the participation of CICYTEX and the company Lab Ferrer from Lerida, and it is working on the automation of crop irrigation. The work, which started in 2015 and will end in October of this year, has been divided up into crop groups: Cajamar and the UAL are researching tomato irrigation in soil under plastic; IRTA is working with pear and almond trees; Cicytex, with olive and plum trees; and Lab Ferrer is taking care of the soil sensors.

At present, the study is showing very good results. “The aim is to combine the ICTs, the knowledge of the soil requirements for different crops and the soil sensors to design an intelligent, automated system that saves time for the farmers and helps them to measure the input of the irrigation water, optimising the water resources in terms of what is happening in real time,” Fernández explains. To do this they are using smart software developed by the IRTA, combining it with Cajamar’s PrHo v 2.0 software data (this may be downloaded free of charge from its web site and the amount of water needed by the plant calculated). In October, the final results will be known and we will surely be able to talk about a new advance on the subject of water optimisation.

PrevA long journey through the desert
Anserlog: Complete traceabilityNext
YOU COULD ALSO BE INTERESTED IN