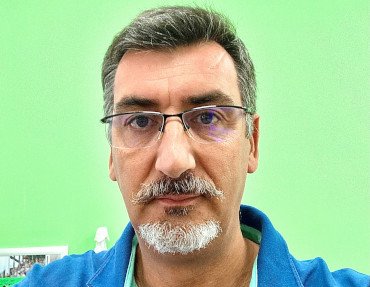 Enza Zaden responds to the differentiation on the pepper market with the most extensive portfolio of conical peppers.

Pepper producers are committed to the route of diversification. And within the category, the type that is experiencing the largest growth is that of conical peppers, the average sale price of which continues to rise on the different destination markets, particularly in the case of the long red pepper. In Germany, for example, according to AMI sources, the expenditure per household in peppers grew by 20.9% between 2019 and 2020. Specifically, the expenditure per household increases even more, by 32.4%, if we only refer to the long conical peppers.

The seed company Enza Zaden has a very strong position in the world of conical peppers, a line where it has consistently and significantly grown in recent years. Its success lies in an important commitment towards this line in order to offer different varieties that cover the entire cycle, on all the dates and in all the crop areas. An extensive portfolio with multiple options that range from the Tribelli® snack varieties in three colours (30-60 grams), to intermediate sizes of 15 centimetres until reaching the longest ones, of 21-22 cm. All these varieties make up the widest range in shapes and colours within the conical segment. The package of resistances that Enza Zaden offers in its assortment of conical peppers also stands out, including resistances to Leivellula Taurica (powdery mildew) in all its varieties. This resistance is highly appreciated, not only on an agronomical level, but also by other parts of the chain, as the resistances always mean a continuous supply and food safety for all, Carlos Herrerías, Pepper Product Manager, points out.

Resistance to LT in new California and conical peppers

The latest new development from the seed company is the red conical pepper Prost, with resistance to LT, in addition to TM3, spotted and nematodes, which has had a high demand during this campaign. Amongst its peculiarities its length stands out, slightly shorter than other materials on the market. An advantage that means that the fruit remain straight, they do not twist and they are very homogeneous. Their size, of around 110 grams, also is “the right weight, ideal for three-colour bags or bags of two pieces of the same colour mainly, meaning the farmer or the exporting company does not give away any weight, making the crop much more efficient in terms of profits, as fewer second category fruits are obtained along with a better average sale price.”

Other recent developments that complete the same line are a new orange conical pepper and a new yellow one, also with resistance to LT, TM3 and spotted.

The search for varieties with the resistances most demanded by the producers also extends to the California range by Enza Zaden. “We are the only company that offers California peppers in three colours with resistance to LT, TM3 and spotted.” These are Navel (orange), a segment in which Enza Zaden historically is a leader, Carrizo (yellow), which is an early variety with high production, and Vanadio (red), which is becoming consolidated this year as one of the main varieties for late cycle, with G calibre, ideal for export.

PrevBio and new references at Caparrós
Poma de Girona, a model to followNext
YOU COULD ALSO BE INTERESTED IN