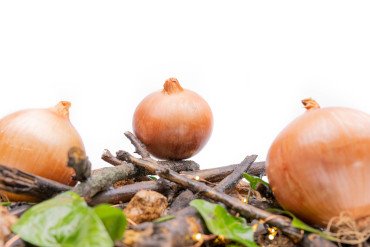 Bio production has increased by 15% in this onion campaign thanks to the freezing industry, according to Bejo.

This year’s onion production has been marked by the generalised drop in surface area, along with water problems. Pedro María Jurado, an onion technician at Bejo, calculates that in this campaign between 5-10% of the total surface area for onion crops has been lost, mainly in sizes for use in the Horeca sector. On the one hand, this adaptation of the harvests responds to the drop in demand, and, on the other hand, the water shortage has had an important effect. “In regions such as Andalusia and Castilla-La Mancha it is not easy to water the crops, particularly in the summer, and there have also been problems during the growing season (diseases such as mildew, drops in temperature…) that caused a halt in the crops and have caused a 20% fall in production due to a lack of yield and smaller-sized produce,” the technician from Bejo explains.

The ecological segment is showing a different evolution, experiencing a considerable increase of around 15% in surface area, with the freezer industry as the driving force behind this. “In general, all the companies are asking for more bio produce, not just for freezing, but also for dehydrating, particularly for export.”

Another trend involves the reduction in size, which is around 8-9 cm (calibres 3 and 4) instead of 10 (calibres 1 and 2), as they have a double aptitude (they are sizes suitable both for industry and contained for retail.)

In this context, Bejo offers a wide range of varieties, which will be extended this year with a new development for early harvesting in May and June, Itaparica. For May harvesting, it brings great quality, a solid, consistent bulb (ideal for export), excellent skin quality on these dates, and it is perfect for mechanical harvesting. The last aspect is moving forward fast owing to the labour problems generated by the pandemic, the lack of skilled workers and the increase in costs (minimum wage, inputs…).

They also continue to promote the varieties of Almagro (intermediate day), Stingray (late day) and Pantano (conservation onion). Veleta has also been revealed as an exceptional onion for conservation. “It is an onion that is vegetatively sturdy, with several layers of skin and excellent resistance to soil diseases such as fusarium, therefore it is suitable for ecological crops,” Pedro María Jurado explains. For all these reasons, it is on the way to being the improved version of Crockett, one of the references in sales for Bejo for northern Spain in export onions.

In sweet onions, they are working with Macon (medium cycle). With excellent quality and a better post-harvest conservation than other materials on the market, the main operators like it because it maintains its flavour (with a high sugar content) and has a low pungency. Simultaneously, they continue to carry out trials on new varieties following their premises: high yield, added value and resistances.