Sweet Magnolia, the latest from Seminis 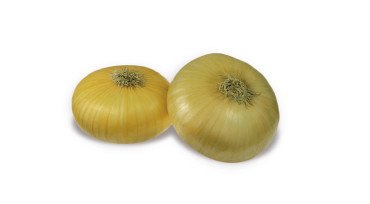 This year, Bayer’s brand is adding a new reference to its top-quality sweet onion catalogue, in the Santa Lucia line.

The demand for sweet onions continues to rise, motivated by an increasingly professionalised sector that brings top-quality products to the market in line with the end consumer’s preferences. This typology also brings an important profit margin for farmers, thanks to its organoleptic characteristics and the flavour of sweet onions such as Santa Lucia, from Seminis.

Bayer’s brand leads the segment with references such as the abovementioned Santa Lucia and others such as Goldeneye and SV2657NK. Additionally, after four years in development, in 2021 it is launching Sweet Magnolia onto the market, which is earlier than Santa Lucia, but continues with the same high quality and format, Enrique Montrull, Onion Key Account Manager from Bayer, explains to Fruit Today.

In order to remain on the market, with harvests at the end of June, they offer Campolindo.

In other typologies, Seminis has the new development Duster, an onion for harvesting in mid-May that is characterised by its round shape and perfect size, focused on supermarkets.

In its catalogue Codal also stands out, a medium grain variety for the beginning of June. It is followed by Caballero, Minister and the early long day onion, SVN3119.

Another interesting material is Ajusco, a white onion variety suitable for selling in bunches that is in the same segment as the reference PS25294 (Sierra Blanca). They also have Tacana, Sterling and SV5048 in the white onion line for the late segment; while for the early segment they have Stratus, Cirrus and another late variety SV4043NM, with which they complete the early cycle.

In the round red onion catalogue, Seminis includes SV7030NS for early cycle; Red Floyd in medium cycles and R4593 for long day cycles.

In the early segment for March and April, producers have Aurosem, Rocío, Bigger, Benial and Atalaya. At Seminis, they are also developing other pre-commercial varieties that will be presented in the near future and that are ready between 10-15 days after Atalaya, with the same quality characteristics.

Likewise, Montrull advances that the Development and Research Department continues working on mechanical harvesting varieties for all cycles, and materials with greater tolerance to Mildew and other diseases. The latter aspect is particularly important and as Montrull states: “year after year we see an increase of mildew in the harvests,” a problem that involves an increase in the use of plant protection products and therefore, an increase in expenses for farmers.

PrevFrozen produce, the driver behind ‘eco’ onions
Mulder, back to normalNext
YOU COULD ALSO BE INTERESTED IN