Fruit and vegetable traffic rises by 26% 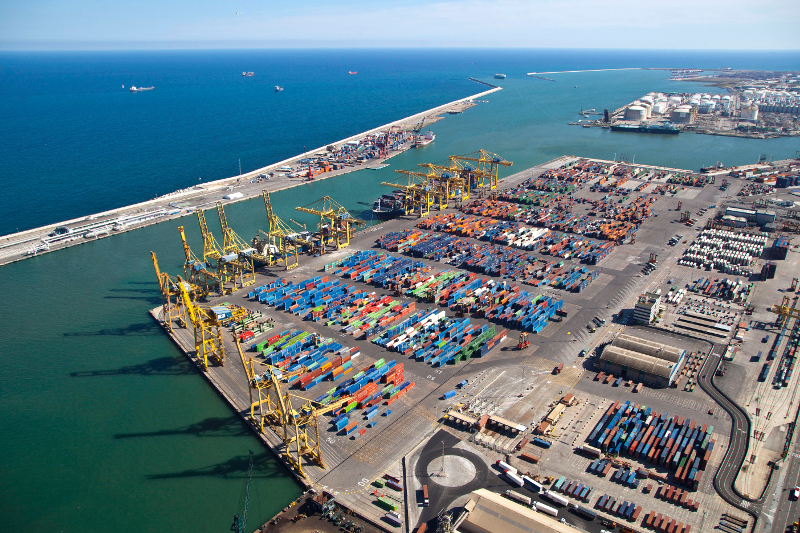 And this increase has been, without any doubt, higher between January and April of 2017 since these goods made a total of 229,951 tonnes, 90.8% more than in the same period of the previous year.

This increase is due to the economic recovery, to the promotion performed by the companies in the Port and to the start-up of new railway initiatives for reefer traffic with the Barcelona hinterland. Along these lines, it is worth mentioning the start-up, at the end of 2016, of Canal Frío, a railway service for controlled temperature products that joins the Maritime Terminal of Zaragoza (tmZ) to the Port of Barcelona. Currently, the service has 4 services per week, although in the near future it will have a daily service in each direction.

“Until a few years ago, fruit and vegetable traffic was carried out using reefer type refrigerated ships, but now ships using refrigerated containers are becoming increasingly popular. The shipping companies demand that their new container ships have greater capacity for spaces that can be connected to a power supply to transport refrigerated containers”, Carles Mayol, sales manager for the port explained to Fruit Today Euromagazine.

“The Port of Barcelona simultaneously offers over 2,000 refrigerated connections in both container terminals (BEST and APM Terminal Barcelona). Additionally, the offer by warehousing companies, specialising in produce ripening and other cold logistical services is constantly growing.”

The Port of Barcelona is one of the main logistics centres in the Mediterranean and a reference port throughout the world. The location has obtained this ranking thanks to its port infrastructure, prepared for the great distribution demand by the logistics sector and its wide range of sea connections. “We cover a large area of production and consumption; we have railway connections and inland maritime terminals and we also have sea motorways connecting us to Italy and North Africa with daily, reliable services. Our aim is to improve the competitiveness of the companies with a reliable, local service that provides added value,” Mayol concludes.

Prev4.1% increase in fruit and vegetables
Hnos. Fdez. López, integrated into Orsero SpaNext
YOU COULD ALSO BE INTERESTED IN