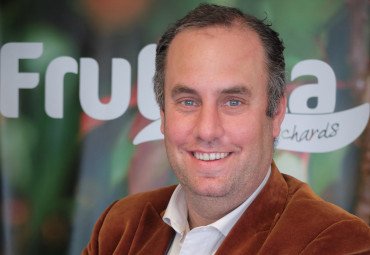 Fruit Today euromagazine talked to Carlos Echeveste, Sales Manager at Frutaria, one of the most significant operators in Spain.

The company’s stone fruit comes from four production areas, with a six-month presence on the market. Echeveste explains that Frutaria is keeping its sights on the variety renewal programmes, which mean around 120 hectares every year, and he is very clear that “the shortage of fruit in Spain will only be noticeable from July onwards.”

In such an unusual campaign due to the important lack of volume, how do you think the season could develop? Could there be disruptions in the supply chain?

There is an overall shortage of fruit throughout Europe, but Spain has four production regions and the affected area corresponds to the provinces of Zaragoza, Huesca and Lerida. At Frutaria, we have been working six days a week for the past two months with the normal volumes of good-quality peaches and nectarines. The problems will arise from July onwards, when the northern region starts to harvest.

I do not think that we will see disruptions in the supply chain because, at present, everyone is aware of what happened and many supermarkets have decided that they will not work with set programmes, but rather week by week.

What could happen to prices in this situation?

This is another bone of contention. It remains to be seen whether the existing shortage of kilos will have a positive end result. The set costs are always the same, whether there is a great deal of fruit or not. The starting price per kilo will probably be good, but the overall result could undergo variations. We will just have to wait and see.

In short, the Spanish campaign really seems to be two campaigns: the more southern regions, without any problems regarding volumes and the northern regions, being seriously affected.

Well, you could put it like that, as the first part of the season has not seen any produce shortages and has experienced a period of normality, and I would even dare to say that Andalusia, after the last two campaigns, is moving back to its position as a source with good quality and service.

What problems in terms of transport has an eminently export-orientated company like Frutaria suffered during this time of on-going pandemic?

All the operators have suffered from the same problems pertaining to a globalised economy. At Frutaria, we started up different actions. On the one hand, we decided to work well in advance, increasing the pricing of our sales because the shipping costs suddenly shot up and also redirecting our operations towards destinations where the economic uncertainty or the pandemic involved lower risks.

Years ago, operators played the early crop card. Do you think that this practice has come to an end because consumers are demanding greater quality?

Yes, I think so. The race to have peaches on the supermarket shelves by the 15th of April have come to an end because we realised that this speed affects consumer loyalty if the fruit does not have the expected flavour. Additionally, in many places in Europe, in April it is still cold and it is absurd to sell stone fruit.

What could the future scenario be for stone fruit in Europe? We have lived through periods of grubbing out, several seasons of prices that did not cover costs and finally, a boom due to flavour.

The effects of the bad campaigns of 2017 and 2019 are still very recent. This led to making very drastic decisions, such as the grubbing out programme. In Extremadura alone over 2,000 hectares disappeared. I think that the future of the sector involves the concentration of land in the hands of fewer operators, but with a high understanding of the market, of the demand in qualities and in general, of all the requirements. We have seen the model in France and Italy. The French operators have virtually remained only to serve the French, and in Italy, where there has been a great concentration of companies, national consumption of stone fruit doubles Spanish consumption. One of our greatest handicaps is that stone fruit consumption is not picking up. I think that as a sector, we must carry out self-criticism about what we are still doing wrong.

What is the main challenge for a company like Frutaria in the stone fruit category?

The first one, without any doubt, and I think that we are achieving it, is variety renewal, which means between 100 and 120 hectares per year of stone fruit, including flat peaches, nectarines, flat white nectarines and cherries.

Could you tell me about the behaviour of the different stone fruits? What is the balance of the varieties from the Maillard family?

Nectarines and flat peaches are at the peak of success due to their flavour and convenience. There is great interest in the white nectarine Ondine™, from the Maillard family, which has an unbeatable flavour. Reference must be made to the red peach crisis, where consumption is dropping and I think that plums are also suffering owing to the growth of the local productions in other countries. The yellow-fleshed peach (clingstone peach) continues to uphold interest. Another case is that of cherries, which are always interesting and we almost evaluate them in a different category as it is an easy-to-eat fruit that is very tasty, with a spectacular offer from the beginning of May. However, care must be taken with the usage, the declines and wastage. The price is good, but the heat and storms are affecting the availability.

Are flat peaches still attractive? Where does the future of flat nectarines lie?

Yes, of course they are very attractive. They are at the peak, alongside flat nectarines. Flat peaches have taken over the peach market. At ASF Edition, we have obtained very good varieties of white flat nectarines. Until a few years ago, the varieties on the market were very deficient, but the improvement programmes using the Maillard family have obtained a spectacular quality in the pistil closing, in the colour, in the usage and in the flavour. It is a line of nine varieties that cover all the weeks on the calendar.

What overall volume of fruit does Frutaria market?

The overall volume including all the species is 100 million kilos, significantly focussed on long-distance exports.