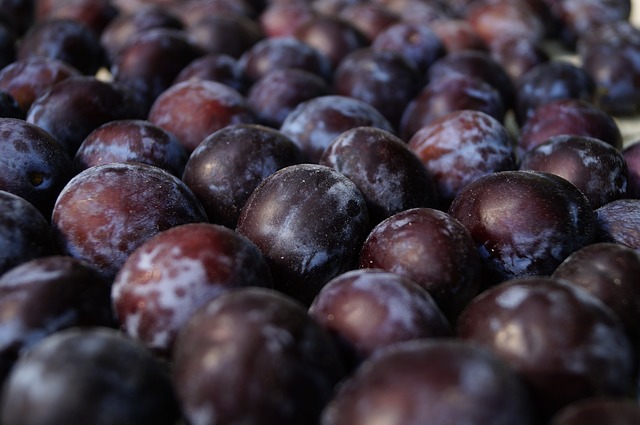 The presence of the antioxidant pigment anthocyanin defines the colour of plums and it has just been discovered that the synthesis of this compound is regulated by the MYB10 genes.

This discovery has been reached thanks to the joint action by researchers from the Agri-genomic Research Centre (Centro de Investigación en Agrigenómica -CRAG) and the Institute of Agrifood Research and Technology (Instituto de Investigación y Tecnología Agroalimentarias – IRTA), which have studied the DNA variations in these genes, responsible for the change in colour of the fruit’s skin. The study has been published in the scientific magazine, Frontiers in Plant Science.

Japanese plums are the most plentiful on the market for eating fresh and Spain is one of the European strongholds for this production, particularly in Extremadura, but also in Andalusia and Murcia.

A boost for new varieties

As one of the scientists involved in the research explains: “Imagine we want to develop a blue plum variety with many anthocyanins due to their nutraceutical properties. These varieties are obtained through improvement programmes crossing individuals and inspecting hundreds or thousands of descendants that present the desired characteristic, for example, a bluer fruit, with good quality. Between 10 and 20 years can pass from the first crossing to the registration of a new variety, but with this discovery these periods could be considerably shortened,” Aranzana comments.

The study will bring significant advantages since, in addition to saving time in research, it allows the seedling that will produce green fruit to be discarded at the very beginning of the process. Therefore, with this early screening a smaller crop surface area and fewer resources (water, plant protection, labour) may be needed to obtain a plum that is rich in anthocyanins, with the subsequent economic and environmental advantages.

Japanese plums are some of the trees with the widest variation in colours, with varieties ranging from green and yellow, without anthocyanins, to red, violet and blue.