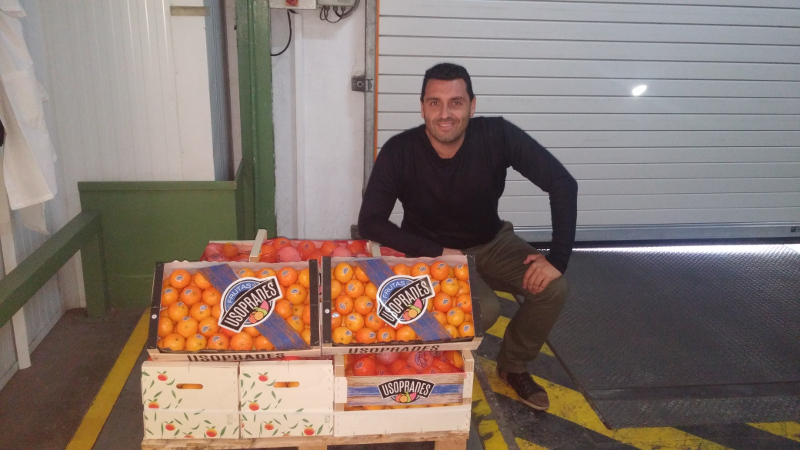 With an annual growth of around 8%, the company continues taking on new challenges

The company from Castellón is in a full expansion phase, both in infrastructures and commercially, tackling new markets abroad.

In the near future, another 1,600 metres will be added to the warehouse in Villareal for the entry and storage of fruit and materials. In its modern facilities in Onda there are also plans for new space incorporations, around 6,000 metres, aimed at streamlining production and logistics.

“The improvement in sizes and quality of clementines compared to last year has been constant throughout this campaign in national production,” explains Vicente Mingarro, a salesman from the company. “Such is the case that the offer of small-sized fruits for some countries where we send produce (Eastern Europe), is very tight, a situation that is the complete opposite to what happened during the previous season.”

The company, which has stands in the country’s two main wholesale markets, Mercabarna and Mercamadrid, has an important commitment to the national market, to which it devotes 70% of its commercial flow. The remaining 30% is divided up amongst countries such as France, Italy, the Scandinavian countries, the Baltics, Holland, Poland, etc. “We are seeing an upward trend referring to exports and, with all likelihood, this year we will increase by around five points.”

“The need to cover annual campaigns with our customers opens up work lines with the southern hemisphere at counter-season times.” Likewise, melons, the other star product along with watermelons, continue arriving at Frutinter throughout the entire year, mainly from Brazil, where the company also now has its own development.

Most of the company’s marketing volume contains around 110,000 tonnes of citrus fruit annually and in total around 130,000 counting melons, watermelons and other produce.

The continuous development of agrifood improvement programmes that Frutinter has been carrying out from the fields to the preparation lines is worth mentioning. Examples of this are the company’s attachment to FoodChain projects for the cultivation of sustainable production with Bayer; its waste policy with Ecoembes; the R&D in Research into Citrus Fruits and Protected Varieties, from the ICSA and the CVVP, etc.