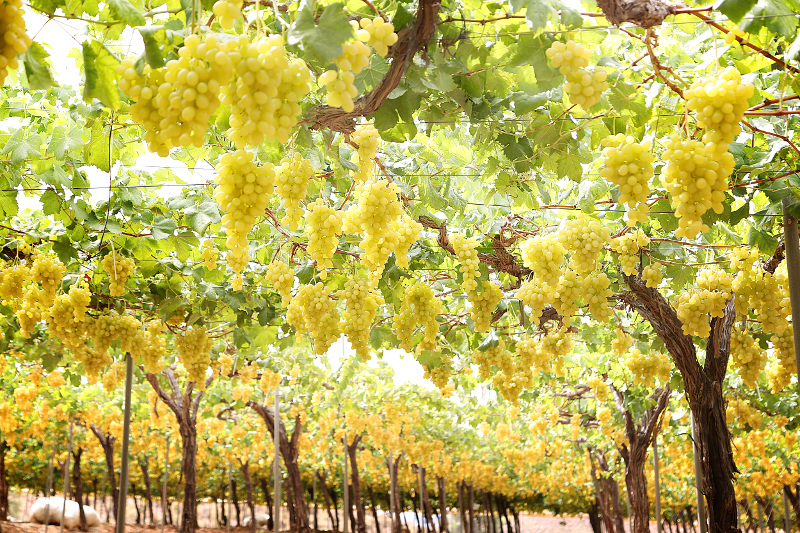 El Ciruelo is backing the idea of continuing with the English model, attempting to introduce a new sales pattern with premium varieties

In spite of the fact that the campaign started in the middle of a complicated situation due to the saturation of produce from different sources, the company from Murcia forecasts producing 35,000 tonnes of grapes, which in five years should reach 50,000 tonnes.

Once completed the consolidation phase, the company is “in an introduction period of the new sales model in the chain stores, with more intensely flavoured grapes, premium varieties and the three colours present for longer on the supermarket shelves, as already occurs in England, which has all the typologies 12 months of the year,” the chairman, José Velasco states. Produce specialisation is at the top of the list of priorities, and this involves choosing varieties that are little known at present and bringing them within the consumers’ reach. Therefore, they are working with 5 hybridisation companies on variety development. “We are fighting to obtain coloured grapes and special varieties. The sector is evolving, and sooner or later the Apirena varieties will win against seeded grapes, because more and more improved materials are becoming available, with greater flavour, size and special characteristics.” In countries such as England, Scandinavia, Holland and Belgium this change has already become a reality, whilst in Germany this ‘sorpasso’ is occurring little by little and the Mediterranean countries are the ones where it is proving more difficult, although the consumption of seedless grapes is growing exponentially, reaching amounts that previously were “unthinkable”.

El Ciruelo is starting its campaign with Superior and Sugraone for the traditional market. Simultaneously, it is opening up more specialised lines of white grapes such as Ivory or Timpson, which provide a product with more sugars and flavour, allowing them to differentiate themselves. In red grapes, there are new varieties such as Magenta, Timpco or Allison, which cover the current consumer demands. Additionally, they are following the development of ITUM closely. “We have around 70 hectares planted of varieties from the consortium. The latest is an early seedless red grape that is tolerant to powdery mildew, which is very interesting,” Velasco affirms.

The company’s specialisation involves having white, red and black grapes available for 6 months of the campaign. “We are fighting to ensure that supermarkets have the 3 colours on their shelves. Little by little, we are managing this because today is a world of specialisation and this will happen, just as it happened with apples.”