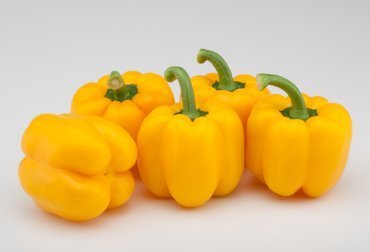 Last year the seed company HM.CLAUSE opened up the way to ecological and zero waste crops, adding resistance to powdery mildew and nematodes with a new range, IÓN, which started with the red California pepper Katión, and this year the line has a new one: the yellow pepper Bastión. The variety sets easily and is highly productive. It also produces good quality fruit, even on secondary stems, very similar to Deseo, with four well-shaped shells and an eye-catching lemon yellow colour.

With the IÓN line, the company is reaffirming its commitment to the producers’ requirements, which are demanding materials with greater resistances in order to obtain crops that are healthier, profitable and with maximum quality, allowing them to tackle ecological farming with greater guarantees of success.

Other new varieties of different types will be added to the abovementioned two from the next campaign onwards, the head of Development for Spain and Portugal, Manuel Ruiz Ayala, advances.

But they also have another launch this season with which they are starting up a new line, in this case of the Lamuyo typology. It is called Nukka (CLX PLRJ 523) and it is characterised by large headed fruit that are semi-long, with thick walls, very consistent and with an excellent colouring, covering the trends demanded by the market.

These launches are the result of the important investment in R&D made every year by HM.CLAUSE. “Over 15% of our invoicing is invested in research,” Ruiz Ayala affirms.

Currently, HM.CLAUSE is a reference in the pepper segment thanks to a portfolio that includes important produce such as the red California pepper Abraham (early red with a very special brightness) and Deseo (highly productive, for early sowing), which are grown campaign after campaign.