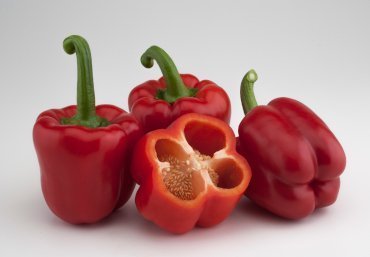 It presented Hispano and Numanthia at its Open Days

Hundreds of people attended Zeraim’s now traditional pepper open days to discover the new products from the seed company. This year, the company has four new proposals, three red California type peppers (Hispano, Numanthia and Adrianno) and a yellow one (Malmo). Within the first category, Hispano and Numanthia have the added value of resistance to powdery mildew, a line that they started last year with Carlomagno and Pizarro and to which they continue adding materials.

Juan Diego Martínez, a sales technician from the company, explained that Hispano is for late cycle sowing (end of July), very vigorous, uniform, excellent conservation on the plant and an absence of cracking and micro-cracking. Its “excellent, continuous production with a very homogeneous calibre throughout the entire cycle” completes the virtues of a material that has caught the interest of the farmers who took part in the visits.

Numanthia is also late cycle, coinciding in dates with another very well-known variety from the company, Melchor (first week in August). The fruit have G calibre (40%) and GG (60%) and they keep the quality lines uniform throughout the portfolio (smooth, with thick walls and very good conservation). “A great pepper,” José Luis, a farmer from the region who preferred not to give his full name, commented. “It is the one I like best due to its calibre, endurance and its very attractive appearance.”

Also in red peppers, but in this instance without resistance to powdery mildew, they have launched Adrianno, a material for medium-late cycle (second fortnight in July) of the Merkava type, with high quality and production in its segment. It stands out due to its brightness and colour, as well as for the absence of silvering and the homogeneity of its calibre, mainly G (60%) and the remainder GG, without forgetting its endurance on the plant.

In the yellow California pepper category, this year’s launch is Malmo (medium-late transplanting from the end of July). “The plant sets from the very bottom of the stalk”, Martínez emphasises. The fruit, with good colour and G calibre, very uniform, keep their quality at their tips and are ideal for flow-packs.