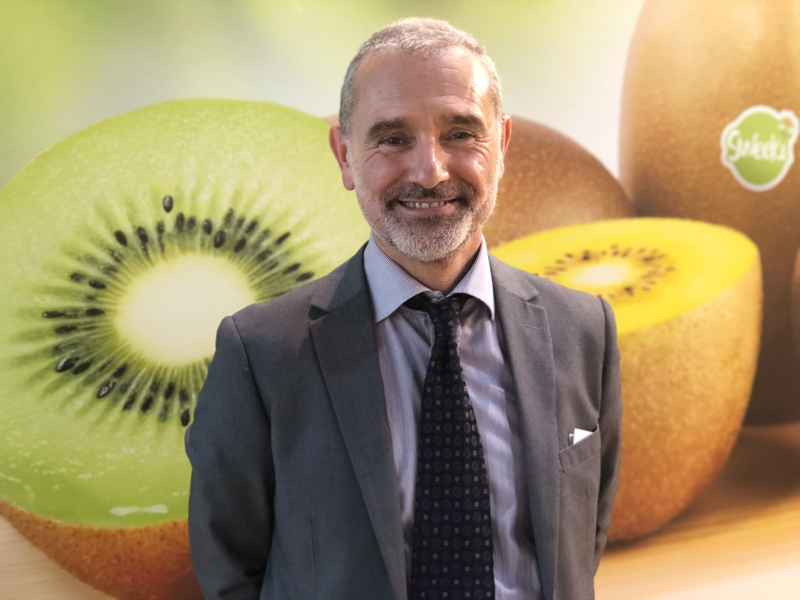 Origine Group is launching a variety exclusively for Italy.

It is a recent innovation, but one that has quickly caught consumers’ interest due to its attractive appearance and different flavour. Red kiwis are gaining new converts and are experiencing a “significant demand” that the companies do not want to overlook. This is the case of Origine Group, which has added this new reference to its range through a licence from Fruitgrowing Equipment and Service for exclusive production and marketing in Italy. “It is highly interesting because it is one of the best varieties that exist with regard to colour and flavour,” according to Alessandro Zampagna, manager of Origine Group.

The red kiwi is very delicate under production (it is sensitive to bacteriosis) and it needs a gradual development. Last year they started with the first commercial trials and in this campaign, they have officially launched it in Italy and in other European destinations.

At the same time, yellow kiwi consumption is growing above green consumption worldwide. “It is newer and the production is increasing, but it is not going to take any importance away from the green variety.”

After finishing the company’s Chilean partners kiwi season in September, Origine Group began the Italian kiwi campaign in October with the first varieties and in November and December it continued with Hayward, with very high fruit quality.

The first two months are showing a very positive evolution in prices, between 15-20% higher than the same dates last year and with slightly higher volumes, Zampagna comments.

Although, in principle, this year the Italian sector expected to increase kiwi production compared to the previous year, finally it will drop slightly. At Origine Group they expect to reach similar volumes, around 4,000 t.

Last year the company sent its first shipments to Mexico. This year, the situation with very high inflation due to fluctuations in the dollar, the peso and the effects of the pandemic, have lead them to contain the expansion and they will only serve a specific group of programmed clients. South Africa is another destination they have added, where they expect to become consolidated after the important initial introduction last year.