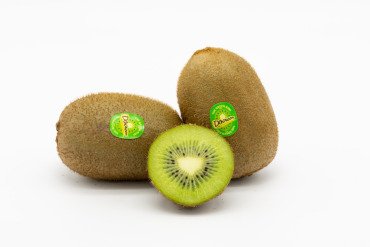 Dal Pane Vivai is diversifying its ‘traffic light’ with the Meris variety and is extending its crop growing regions in Spain, Australia and South Africa.

The Italian company led by Giampaolo Dal Pane continues extending its crops and production areas worldwide. The latest introduction in its range is the green kiwi variety Meris, a material that stands out from the rest due to its attractive, long shape. Internally, it has less acidity than Hayward and a higher percentage of dry matter. Agronomically speaking, its advantage lies in the fact that pollination is easier than for other varieties.

Although the green kiwi segment already had an important market, Dal Pane confirms that “the interest is coming back” for producers after some years when the spotlight was on the yellow and the innovative red kiwis. The truth is that, in general, kiwis have become a highly attractive product for producers due to the price: “on average they reach one euro/kg in the case of green kiwis; between 1.5-1.6€ for yellow ones and 3€ for red kiwis”, the general manager at Dal Pane Vivai- Summerfruit explains.

This fruit is also highly attractive for consumers, with a considerable rise in demand during the months of March and April and even in the summer, who are eager for their healthy properties such as their high vitamin C content, in a context in which the pandemic has strengthened the ‘health’ driver.

“Over these months prices have been maintained and they have even increased at some points, owing to a lack of produce,” Dal Pane points out. This rising trend in consumption has dropped in recent months, but continues to be important.

Bacteriosis or PSA and the kiwifruit vine decline, locally known as ‘moria’, have had a significant effect on Italian kiwi production and they have “changed the geography” of the crops, moving them from the north to southern regions such as Campania and Calabria, where they are grubbing out orange and clementine plantations to replace them with kiwis. In the province of Cuneo, in just 4 years a surface area of 500 hectares (-15%) has disappeared.

This year, regions such as Latina have had problems with moria, which has devastated entire plantations and Emilia Romagna has seen its production drop due to the two frosts that occurred at the end of March. For this reason, Dal Pane predicts a drop in total Italian kiwi production over the next two years. He estimates that the potential of 500,000 t will drop to under 300,000.

In the case of the Consorzio Dori, the story is different. It is a young company, with a global growth project, with new farms continuously coming into production. Last year they started growing in a new source area, Australia, where they have prospects of reaching 100 ha in 2 years, and in 2020 they disembarked in South Africa with 20 ha and they will add another 200 over the next 3 years. In both regions they have opted mainly for yellow kiwis, but also Meris (green).

“Between the two hemispheres we have 500 ha. In Italy alone, we have a volume of 3,600 t, compared to last year’s 2,000 t.” In mid-December, sales were advancing at a good rate, reaching 75%, and they foresee finishing it in January.

The company’s expansion project plans to add between 140 and 150 hectares of crops in Italy, France, Spain and Portugal for this year and another 500 ha over the next three years. A programme that is being slowed down to some extent by the “hesitation” of some producers due to the problems arising from disease on kiwi plantations. In order to try to counteract them, the group is opting for protected crops, which also minimise problems with the weather. Currently, they have this system on farms in northern Italy (Verona and Latina), France and Chile, where they have a covered area of 100 ha.

Spain is one of the countries where the Italian company has been working for some time. It has Dorì in Valencia, where they have a trade agreement with Anecoop, and they have started planting in Lleida and Huesca. They are also open to establishing agreements with new companies. “There is serious interest in the production. Today, producing kiwis is interesting,” the general manager of the Giampolo Dal Pane group confirms. Valencia stands out amongst the regions with most potential, along with Lleida for green kiwis and, in particular, Asturias, “is highly interesting” for this crop due to its weather conditions.

Kiwi production is expanding in Greece and Turkey has increased by 300% over 10 years, above the kiwi world growth rate. These origins mean a “threat for Italian kiwis because they are taking up more space due to their production costs, which are lower than ours.” With regard to quality, at present it is lower due to logistical questions, but Dal Pane guarantees that “they could take up a great deal of space.” There are already Italian companies that have seen the possibilities and are growing crops in Greece.