Lamuyo and California, a perfect balance. 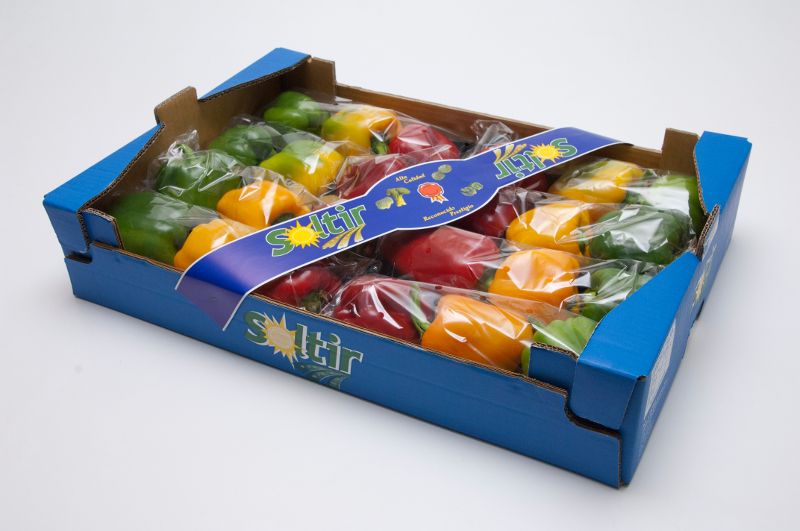 For the next campaign, Soltir will strike a balance between the two varieties of its main produce: peppers.

Although there was a time when Soltir was a leader as a Lamuyo pepper producer in the Region of Murcia, this has changed in recent years owing to the favourable situation experienced by California peppers. “The current plantations cover around 400 hectares, of which 50% of the surface area is devoted to Lamuyo and the remaining 50% for California peppers,” Angel García, manager of the company explains.

Peppers ended the last campaign with a turnover of 60 million euros and around 100 million kilos marketed. “Peppers, both in Almeria and in Murcia, are undergoing an important growth, with a demand that has increased by 18% on the European market, which has given us a record return and a highly satisfactory average sale price.”

Another of the products that is booming at present is the courgette. Soltir is a great greenhouse courgette producer, a production model that to a large extent avoids the problems that arise with the New Delhi virus in other production areas. The plantations make up around 80 hectares, which the farmers plant from October to March, changing to melons from March to August, with the idea of rotating the crops and improving the soil. A volume of around 3,300,000 kilos of courgettes will be reached.

The company is one of the firms that is most involved in the “Alcachofa de España” (Spanish Artichoke) project, aimed at showcasing and increasing the fresh consumption of this vegetable, which has been experiencing successive drops in recent years. This year around 200 hectares will be grown, compared to last year’s 185. The new canning plants that are being opened up again in the region are the positive side to the question, and they will mean greater demand for the farmers.

A considerable volume of broccoli from the Campo de Cartagena also passes through Soltir’s auctions, in order to supply other operators.

The company’s present model is based on auctions; therefore the direct marketing by its partners only reaches 30%. But, as the executive points out, “we want to redirect our business model to become closer to the point of sale, and therefore we have decided to enlarge our installations, where in the future we will have greater space for handling and processing our offer.”

Added to the current infrastructures, there will be a 10.000 m² plot of land that will aid the logistics tasks and will allow the restructuring of the flow of goods.

The food safety of Soltir’s production is guaranteed by the work performed by five technicians who inspect and control the farmers from the planting process to the harvest. 100% of the production is certified by GlobalGap option 1.