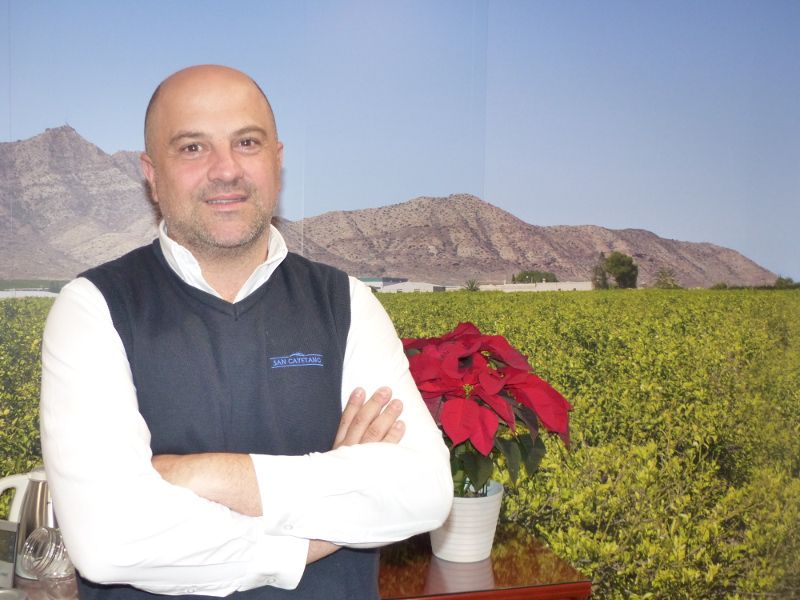 With new produce lines and a work centre renewed by its technological investment, the cooperative from Murcia presents one of the best balance sheets in its history.

“We are harvesting the results of many years of work and long investment and modernisation processes in our structures, combined with meticulous sales work. However, not only our company, but the entire sector is experiencing a time of uncertainty, owing to the water problems suffered by the Campo de Cartagena,” explains José García, manager of the company for almost ten years.

In 2016, San Cayetano undertook an important technological renewal in its installations, meaning that the entire palleting area was automated and the calibrators were replaced. This investment cost over 2.4 million euros.

In addition, the company continues to commit itself to bring about diversification, in such a way that the business risks of a specific campaign can be cushioned if the development is not the one expected. This is added to a sales strategy that has nothing to do with market speculation, seeking out schedules with the industry and with the supermarket chains. Furthermore, a tight link has been established with the farmers, who are being educated to understand that they work ends when the end consumer is satisfied. And this three-way understanding –farmer, marketing and customer– is how the organisation has managed to develop and keep up with the demand for new lines of produce.

This is the case of this year’s Salanova lettuce campaign or the recently introduced Sweet Palermo pepper, as well as for the peanut squash or Pottimarrón. For the latter, a storage space of 6,000 m² has been fitted out that will allow produce to be served from October to April.

But the successive pepper campaigns have been the ones that have bought the production quota of this spring vegetable up to around 30%. “We have had four good pepper campaigns, where a series of factors have occurred that have standardised this market. Factors such as the disappearance of elements that disrupted the campaign in Holland (electricity sale contracts), the increase in productivity of the varieties that are normally planted in Murcia and the “coupling” of the campaigns of Murcia and Almeria”.

The cooperative closed last year with 18 million kilos of pepper, which potentially could include another three million, although in all probability this will not happen during this spring of 2017, since the surface area planted is the same as in 2016.

In addition to the peppers, citrus fruit as a whole, with a volume of 50%, are a highly important produce line for the company but, according to the executive, “I think that in the future we will suffer with produce such as lemons, given the excessive euphoria of the new plantations that are coming into production.”

Prev“Ethics and ecology are the future”
Lamuyo and California, a perfect balance.Next
YOU COULD ALSO BE INTERESTED IN