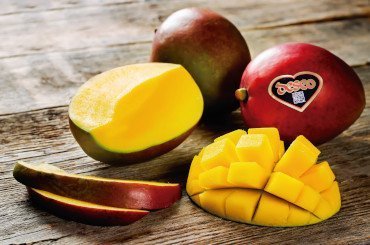 Palmer and Keitt offer an alternative after Osteen, as they concentrate less volumes, explain sources from Natural Tropic

With the national mango campaign now ended, Spanish companies are taking stock. In 2019, the good evolution of the late varieties has been confirmed. Palmer and Keitt are “more profitable” than the predominant variety, Osteen. The manager from Natural Tropic, Prudencio López, explains that in “September there were problems with production peaks, something that doesn’t happen with the later varieties, allowing the campaign to be extended until December with better prices. As opposed to Osteen, they are slightly less coloured, but their flavour is good and consumers like them.”

Avocados, on the other hand, have continued growing in both green and smooth-skinned varieties this campaign. “The Hass is pulling all of the others along with it. Consumers want avocados and other varieties are working as a complement for people who opt for cheaper products,” López states, pointing out a growth in sales of varieties such as Bacon or Fuerte in Eastern European countries.

Natural Tropic, specialised in the production and marketing of subtropical fruits, has made a categorical commitment to sustainability at all levels and it is maintaining its dynamic strategy with its own crops, continuously improving the quality of its processes. Accordingly, it has carried out improvements in its fruit ripening and processing installations, adapting the machinery for handling ripe or ‘ready to eat’ fruit, as well as sustainable packaging, which is more delicate than conventional packaging.

During this year the company from Malaga has once again grown, with a forecast of 41 million euros in invoicing and a 15% increase in sales and volume in kilos, in addition to 30% more of its own farms. Along with the conventional ecological fresh fruit line, it has another one of ready-to-eat produce to which recently it has incorporated its new bio guacamole.

They export most of their produce, mainly to European markets such as Germany, Switzerland, Holland, France and the Nordic countries, although the national market represents an important part of its sales (40%).