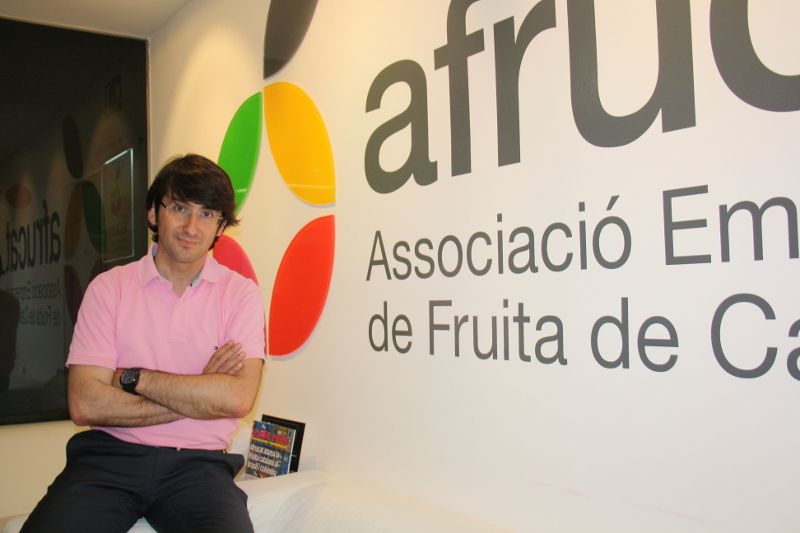 “We were in Second Division due to a lack of colour and hardness, but people are in for a big surprise”

We don’t know whether we will make it in time, because the production costs of the countries that are playing on the European board are hitting hard in terms of labour, but there is something moving on the home market.

The apple and pear forecasts in Catalonia have just been presented and people are talking most about the real concern regarding the future of Spanish productions and I am not referring to the Italian and French competition, but to what the Polish giant already represents.

The positive side is that, a priori, it seems that this year production will be lower, but we will have to pay close attention because Poland is playing with an important advantage regarding production costs.

It is well known that in Poland a significant technological and variety specialisation is being carried out that could seriously affect all Europeans.

A decision must be reached on this respect and a plan defined, but in any case we also have our own strategy of change. After a very important recession, due to the conversion to stone fruit in the regions of Bajo Segre and the Plana de Lerida, we have opted for young apple plantations with an attempt to become differentiated due to their local nature and their uniformity, both in Lerida and in Girona, under the PGI.

In Lerida we didn’t grub out apple trees because there weren’t adapted, but because we realised that in the Bajo Segre, stone fruit adapted very well, it had plenty of room for expansion and it was a profitable business.

Tell me something else about this plan or strategy that you referred to.

For the past three years, Catalonia has maintained a growth rate of between 300 and 400 hectares per year, which were divided out by around 250 in Lerida and 150 in Girona. In the Plà de Urgell a slow, but sure conversion is being carried out with clones and varieties that adapt to our altitude, with Galas and Fujis that can provide colour, as well as some hardier Goldens, with improved maturity controls compared to the old varieties that we have.

The same is happening in the pre-Pyrenean region and we have the Nufri project in Soria at an important altitude, which is one of the characteristics of our Italian competitor.

Another of the projects that is working well is the Cripps Prink, which maintains an excellent colouring thanks to the day and night time temperature differences. All of this without forgetting the very important collaboration project with New Zealand, by Fruit Future, the IRTA, Actel and the Poma de Girona PGI, which will provide varieties for apples that are adapted to warmer climate zones.

When will we see the results of this conversion?

In 5 to 10 years’ time. I am sure that we will be more competitive in Galas and in all investments that are made in altitude.

But not in labour.

For this reason we must compete with a quality, local product, as occurs in other countries like France. I think that we must walk the route of territorial awareness and that this will be a rising trend.

And the last question: could the problem of the shortage in good sized stone fruit have been foreseen?

There was no alternative: either the fruit was harvested or the fruit ripened. The trees had been perfectly thinned and the fruit just wasn’t getting any larger.

PrevCongratulations, Idai Nature
“The repercussions of my personal shopping basket”Next
YOU COULD ALSO BE INTERESTED IN