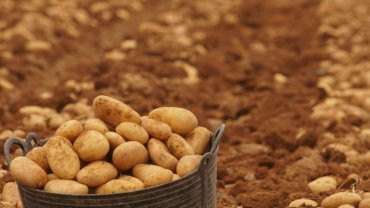 The company from Valladolid is ranked as the first packaging company that guarantees the use of national potatoes in all its products.

At the end of April, with the start of the campaign in Murcia and Andalusia, the company from Castilla-Leon started integrating national new potatoes to each of its references. “In this way, we are reaching our goal and, at the same time, we are meeting the commitment we have with the producers, for whom we have also made a solid contractual relationship into a reality that brings them stability”, explains the general manager of the company, Javier Meléndez.

As a company located in the rural world, we consider ourselves to be responsible for generating wealth for the agricultural world, “because it is the only possible way to keep the population in the rural villages and to stop the depopulation from continuing”, stated the executive. Moreover, he has set a figure of 7,000 tonnes of potatoes harvested in the first weeks of the campaign in Andalusia and Murcia.

The head of the company is satisfied both with the harvesting rate, which has already reached 100%, and particularly with the quality of the new potatoes, which are perfectly ripe, with great visual quality and a spectacular cooking quality in this campaign.

Once again, when the new potato harvest starts off at the end of June in the main producing region, Castilla-Leon, the company from Medina del Campo will be the first to prepare local produce and make it available to consumers.

The company from Valladolid closed the 2018 financial year with 170 million kilos marketed and a market share of 18%. Investments in new installations with cutting edge technology continue, as well as the research and development of new products.

PrevPedro Caparrós, Life measured to the millimetre
El Ciruelo has turned into a giantNext
YOU COULD ALSO BE INTERESTED IN