El Ciruelo has turned into a giant 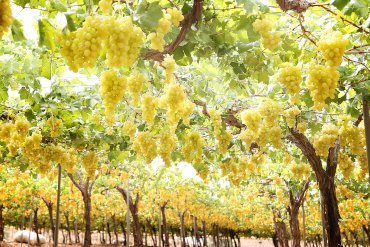 The company from Murcia has purchased Labrunier, Brazil’s largest table grape producer, its international marketing company, Bravis, and its subsidiaries

The business conglomerate that has been acquired incorporates five companies in Brazil and Holland, including producers and marketing companies. With over 3,000 workers and 2,400 hectares owned, almost 1,000 of which are already in production, it has the largest expanse in the world exclusively devoted to the development of new varieties. This purchase has created a group that will produce around 100 million kilos of seedless grapes per year.

With this movement, El Ciruelo will incorporate the leading group in grape production and sales on the Brazilian home market (the largest in Latin America, with over 200 million potential consumers). Moreover, it also has the largest grape export network in the country, with which the needs of international customers such as Walmart, Wholefoods or Loblaws in North America, as well as some of the largest European retailers are served directly.

Furthermore, Bravis is the only Brazilian company authorised to export Murcott mandarins to Europe.

The choice of Brazil is also strategic from the agricultural production point of view, since the weather conditions in the Valley of the San Francisco River make it the only region in the world where two harvests of table grapes may be obtained per year. This will allow the periods to be extended when El Ciruelo will be able to offer grapes that are 100% its own production to its current customers.

According to the CEO of El Ciruelo, José Velasco, it is also particularly relevant that Brazil is the producing country from the southern hemisphere that has the shortest travelling times for grapes exported to Europe (a week less than shipments from South Africa and around two weeks less than those from Chile or Peru).

PrevMeléndez: a strong commitment to Spanish new potatoes
Mc Garlet wants to become the ‘Italian Tropico’Next
YOU COULD ALSO BE INTERESTED IN