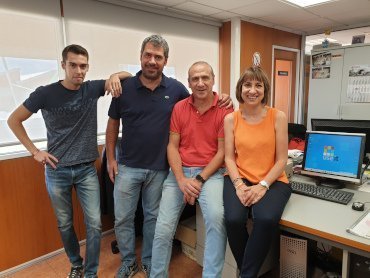 This is the case of Frutas Escandell, which improves its business figures campaign after campaign.

Mercabarna is the Southern European wholesale market with the broadest influence over the flow of goods in the Mediterranean and it also makes the groupage/LCL model easy to use, one of the methods most in demand.

“The building transformations and the market’s constant projects affect this good rhythm which, I imagine, is generalised for everyone. Mercabarna, due to its capacity and volume is a market that is taken into account from any source, both in Spain and abroad,” according to Vicente Escandell, the executive from the company.

“The trading that is carried out here differs greatly from that carried out in provincial markets because our geographical position and the logistics facilities bring us much closer to our European clients. Italy and France are important buyers, but there are also many from the East. For many Italian buyers, the logistics are easier from here than from their own country. But we also have the local Arab, Chinese, etc. communities. Barcelona is international,” Escandell comments.

During the winter campaign, Escandell is one of the leading companies with its offer in berries: ranging from strawberries to raspberries and blueberries. The latter two categories are constantly on the increase. The summer campaign’s offer targets stone fruit, with particular emphasis on cherries, as well as melons and watermelons.