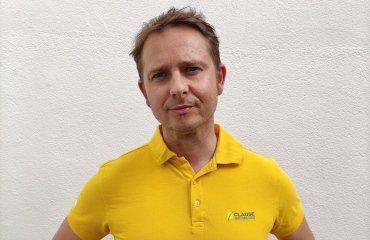 HM.CLAUSE is living through a sweet moment in the second year of sales of its Minimel line of “true” mini-sized Piel de Sapo

“Marketers and farmers are responding very well. There has been a great demand and this year the crop land is quite extensive, therefore the end consumer will be able to try it and discover its advantages,” according to Venancio Manzaneque, Sales Technician Delegate from HM.CLAUSE in the Castilla-La Mancha region.

Although it is not a regular typology in the rest of the European Union, its mini size (1.2-2.2 kg) could make its introduction easier. Parallel to this, the seed company is working on its positioning on the national market. “Smaller-sized formats are increasingly in demand and they already have national clients,” Manzaneque advances. To differentiate the product from others and to make it easily recognisable, HM.CLAUSE is working on a strategy to market it with the Minimel brand, following in the wake of the success of the Adora tomato. And the fact is, as defended by the technician, “we believe that Minimel is completely different to other varieties, it is a true Piel de Sapo, developed for mini-sized fruit.”

HMC46851 is the first commercial variety under the Minimel umbrella, and the company is developing others to complete the entire cycle. It is positioned in crops from La Mancha in all transplants, from the beginning of May to the 15th of June, covering the entire campaign. Additionally, it can be used in the last transplants in Murcia, from the 20th of April to the first week in May. In Almeria, it is being used on a smaller scale to see how the material adapts to this region.

Its flesh is crunchy; therefore it remains in perfect conditions when exporting. It has a high Brix level and very good flavour. Its plant is very strong and it develops very well in fatigued soils (a problem that intensifies in La Mancha and Murcia). It has a high yield for farmers and has no problems with powdery mildew, aphids or cracking.

Valdemar F1 is recommended for transplant dates from the middle of January to mid-March, the same segment as its flagship material, Valverde F1, and it is following in the same line of quality as this variety. Flavour, quality, grooving, homogeneity, are some of its advantages, added to which is high production and an important new development compared to Valverde F1: resistance to powdery mildew, as well as other diseases such as fusarium, MNSV and black aphids.

Calima F1 is the company’s first Galia with resistance to powdery mildew and aphids and it also incorporates fusarium and MNSV, meaning it is defined as its ‘most resistant Galia’. It is recommended for transplanting from the 20th of February to the 20th of March in Almeria and its quality is in line with other materials such as Brisa F1, with which its dates coincide.